Karen Perry has faced insurmountable grief since losing her three young children in a Thanksgiving eve plane crash that made national headlines in 2011. Morgan, age 9; Logan, 8; and Luke, 6 were on their way to spend the holiday with their father when their plane crashed into Superstition Mountain in Arizona. There were no survivors.

More than three years have passed since the tragedy, and Perry has found it difficult to process her loss. A flight attendant and pilot, Perry was passionate about flying but had always wanted to be a mom. She tried for 10 years to have children before finally becoming pregnant at age 38. Her children were "miracles," she says.

To help her grieve, Perry decided to take an emotional journey to the site of the accident. No bodies were uncovered after the devastating crash, so Perry considers the mountain to be her children's gravesite. Along for the grueling climb was Karen's boyfriend Gordon, her friend Eva, and filmmaker Jonas Elrod, who documented her journey for OWN's "In Deep Shift with Jonas Elrod."

Although it was both physically and emotionally demanding, Perry was determined to get to the top of the mountain and pay tribute to her children's memory.

"It is a very difficult, arduous climb," Perry said. "The higher you get, the more difficult it is. There's parts of it that are vertical and just incredibly difficult. However, I am motivated about going up there and facing that challenge."

The community constructed a memorial at the summit and Perry became overwhelmed when she saw the plaque with her three children's faces. "This whole incident seems like it just happened yesterday," Perry said. "That's how intensely painful it is.

"What I've learned about grief since this has happened is that this is something that you don't get over," she said. "It's not something that will every go away."

At the memorial, Perry constructed three small cairns, a symbolic stack of stones to represent each of her children. It was a way to honor her children and create an emotional shift to help her heal.

"What I've realized, though, is experiencing the depth of the tragedy and actually processing the pain, I've also experienced a much greater sense of joy and appreciation and transformation in my present life," Perry said.

In the video below, Perry appears on HuffPost Live and discusses how working with children has helped her healing process.

"In Deep Shift with Jonas Elrod" airs Sundays at noon ET on OWN. 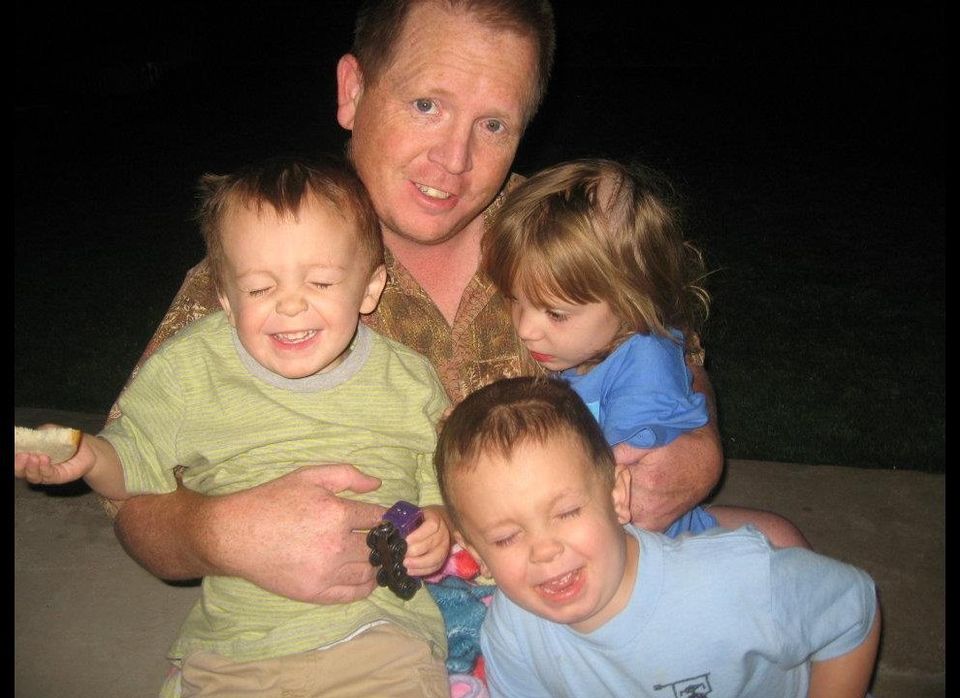 1 / 5
Donors Support Mom Who Lost 3 Kids In Crash
Karen Perry lost her three children -- Morgan, 9, Luke, 6, Perry, 8, -- and her ex-husband in a plane crash in Arizona in November. She now also faces foreclosure on the home where she raised her family.
Courtesy of Perry Family Facebook Page