Karen Swartz Larsson was standing in the bathroom of Anne Arundel Medical Center in Annapolis, Md., last March when she noticed an envelope marked "For You."

The 37-year-old teacher had just traveled from Stockholm, Sweden, where she lives, to be at her sick mother's side. She was distressed and tired, but far too intrigued to leave the letter behind. She opened it.

"I just want you to know that you are loved and that you are needed," the note read. "Things might be difficult now, but hang in there. Signed, a friend."

"They were the right words at the right time, and they went straight into my heart," she told The Huffington Post. "I put the card back in the envelope and left it for someone else to find."

Nearly a year later, back in Sweden, Larsson told the story to a student named Ellen while they waited for the bus. The two came up with an idea: What if they applied the same concept to Valentine's Day?

In the past weeks, Larsson's two classes (comprised of fourth to seventh-graders), at the Waldorf School where she teaches, made valentines for strangers. This Friday, they set out to leave the cards in random public places around Stockholm.

"On buses and subway trains, in various stations, in places of worship, in cafes and in a hospital," Larsson told HuffPost. "In as many places as possible." 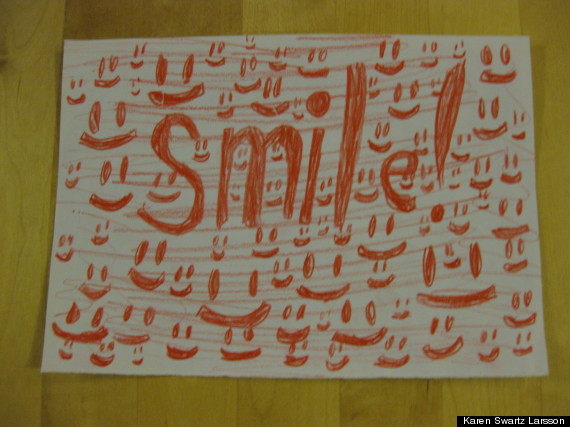 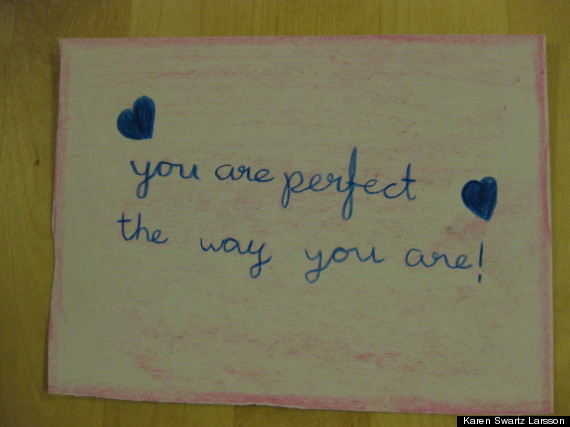