The year 2010 means that the government is undertaking a new census, and that means a new opportunity to redraw Congressional districts -- and so, here's Karl Rove, using his perch at the Wall Street Journal to publish a well-placed ad for his services as a gerrymanderer par excellence:

That's a pretty predictably anodyne take on the Tom Delay/Rick Perry-led redistricting plan which overwrote the district boundaries drawn in 2001. The effort broke new ground in partisan warfare -- at different points in the redistricting battle, groups of Democrats in the state's legislative chambers fled the state in order to prevent their bodies from reaching quorum. Eventually, the controversial gerrymendering plan ended up in the Supreme Court. There, in the case known as League of Latin American Citizens v. Perry, the Court ruled that the redistricting plan was constitutional, but did order the redrawing of Texas Congressional District 23, which was found to be in violation of the Voting Rights Act.

Naturally, Rove points readers to where they should be making their donations:

Nationally, the GOP's effort will be spearheaded by the Republican State Leadership Committee (RSLC). Funded by 80,000 donors, it spent more than $20 million in the last election cycle on legislative races and for attorney general, lieutenant governor and secretary of state campaigns.

If you dig into the way Congressional districts are drawn, sooner or later, you come face to face with some really bizarre creations. For example, here is my Congressional District, the Virginia 8th, which reliably returns Jim Moran (D-Va.) to the House, year in and year out. 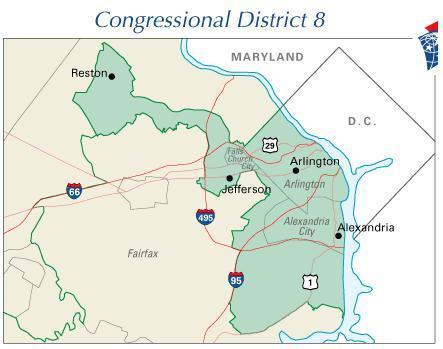 And here's one of the monsters created in that Texas mid-decade gerrymandering effort: 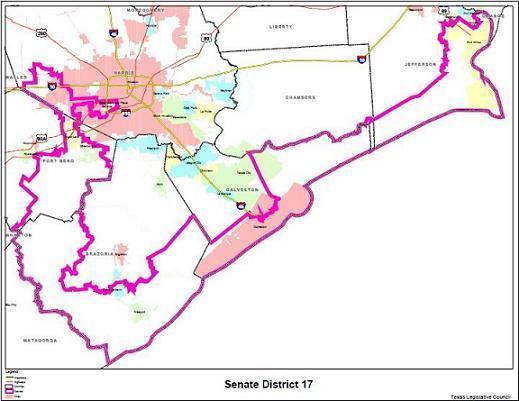 What you end up with are boundaries that look as if an Adderall addict got hold of Harold's purple crayon, but are actually pretty nakedly designed to create voting districts that are reliably lacking in racial and economic diversity. It's really hard to not get cynical about politics when one digs into the brazen gamesmanship of it all.

That said, Rove may be overselling gerrymandering as a means of consolidating control. People like Andrew Gelman contend that gerrymandering "was not associated with a decline in competitiveness of elections in Congress or state legislatures", and subsequent studies cast doubt on whether or not it actually contributes to polarization in Congress.

However, those same studies find that "gerrymandering has increased the Republican seat share in the House," so maybe the problem is that the Democrats are just very bad at redistricting.

For any given district and any given incumbent, there's some set of ideological properties in a challenger that should be winnable. To think of it in a stripped-down way, any district, no matter how gerrymandered, has a median voter and a sufficiently motivated challenger can make a good shot at finding him.

The real issue, I think, is the relative scarcity of campaign funds. If every major party nominee in every House district in America were guaranteed a reasonable sum of public funds with which to conduct his campaign then I think you'd suddenly see all sorts of interesting candidates popping up in "uncompetitive" districts. This, of course, is precisely why incumbent legislators would be loathe to vote for such a public financing scheme. But that's the real issue.

That seems about right to me. I'd add that the problem with believing that you can build a better mousetrap based on geography ignores the fact that within any given district, fundamentals can change: the economic fortunes of residents can ebb and flow, incumbents can get enmeshed in scandals, appealing challengers can stoke enthusiasm and organize voters better. For that reason, I think the larger looming disaster for Democrats isn't that they face a run of bad redistricting outcomes. Rather, it's that they've abandoned the "50 State Strategy" which placed a high premium on increasing visibility and competitiveness in all Congressional districts nationwide.