24-year old beauty and Victoria's Secret model Karolina Kurkova is being criticized over her appearance in recent days at Sao Paulo Fashion Week, especially after a runway appearance in a bikini.

One Brazilian paper blasted her back fat and cellulite, as did other outlets. 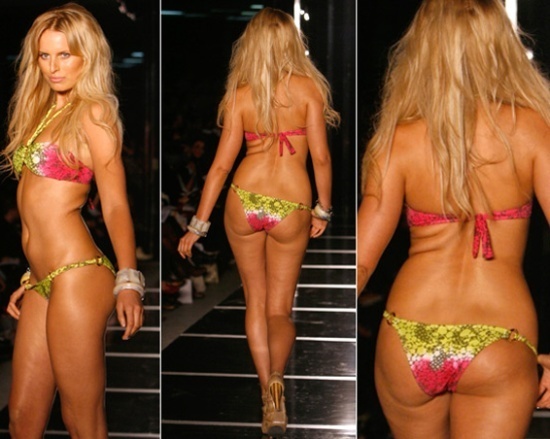 The impetus for the stories were two still photos taken at the Cia Maritima fashion show at the end of last week. It was 2006 when Brazilian model Ana Carolina Reston, 21, died of anorexia

Kurkova opened and closed the swimwear show, and did a third walk in the middle. That third walk can be seen 7:35 into the below video, and is the look from which the stills were taken.