As families across Oklahoma start to pick up the pieces in the wake of Monday's devastating tornado, one family is reeling after the loss of two of their children to the storm.

According to a Tuesday report from the Oklahoma medical examiner’s office, Sydnee Vargyas, 7 months, and her sister Karrina Vargyas, 4, were among the 10 children so far declared dead in the suburb of Moore.

So far, Sydnee Vargyas is one of the youngest victims, according to the medical examiner. The total stands at 24 dead, including 10 children.

"We just don’t know what to do anymore," he said, adding, "At this point we have a lot of things to do, little things to do for the girls. ... We are trying to move in the right direction but it’s hard to know where to go at all, what to do."

According to the Daily Mail, the girls were at home with their mother, Laurinda Vargyas, when the tornado ripped the house apart. The mother managed to survive the ordeal, as did the two oldest children, Damon, 11, and Aria, 8, who were at school at the time.

Uncle Mike Canady told NBC Texas affiliate KCEN-TV that he never got a chance to meet his baby niece, but that a picture of her smiling always cheers him up.

"I thought I'd be able to see both of them grow up and be what they want to be, but now I really can't," he told the station. "I can't do nothing but just let them just look down on me." 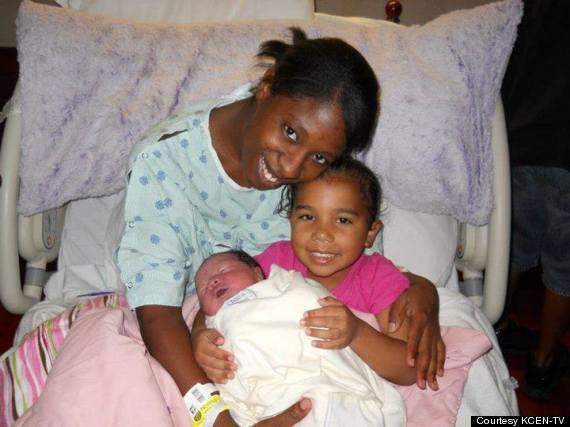 For continuing coverage of the tornado aftermath, visit HuffPost Green. Click here to find out more about how to help those affected.