Hilary Banks from "The Fresh Prince Of Bel-Air" may not have been known as a fierce advocate for education. But the actress who played her sure is.

Sweet Blackberry recently launched a Kickstarter for its latest project, a short film that will tell the story of Janet Collins, the first African-American prima ballerina in the Metropolitan Ballet. Collins, who died in 2003 at age 86, rose to fame despite being shut out of dance theaters that refused to let her perform unless it was in whiteface.

On the eve of Wednesday's 50th anniversary of the signing of the 1964 Civil Rights Act, The Huffington Post spoke with Parsons about Sweet Blackberry's history and its mission. As the Sweet Blackberry website proclaims: "This culture is American culture; this history is American History."

Why did you found Sweet Blackberry?

My mother was a librarian and she worked at the Black Resource Center in South Central Los Angeles, and would call me to tell me stories that she read about that were interesting to her. She told me this story of Henry "Box" Brown, the slave who literally mailed himself to freedom in a box, and I hadn't heard of it before. I thought, "This is an amazing story." I couldn't believe it was real. I talked to my friends and they had never heard of it.

So I really wanted to turn it into a kids' story, but this was during "Fresh Prince," so I'd think about it and then forget about it and go back to playing and having a fabulous time. I kept going back to make notes, and then I'd find other stories and realized I wanted to do a series of books. But it wasn't until I was pregnant with my daughter that I started talking about it. It was my husband who said, "You need to stop talking about this, it's really important, you need to do it." He's an independent filmmaker, so he just does stuff. He doesn't wait.

I had to shift gears. I had no idea how to do it, and [I] started asking around and telling people, "This is what I want to do." And people were generous, they'd say "Oh, I have a friend who does this," or "I have a friend who's in animation, you should meet them." So I started meeting people and finally came up with a way to make it happen. There wasn't so much self-publishing at the time, but it was easy to make your own film, except for the cost of it. That's how it started -- that one story was really the impetus for the whole thing.

Do you think there's a lack of black history in education for children in general?

Definitely. The problem with relegating black history to one really short month, the shortest month, is not only are we telling the same stories over and over again -- which are amazing, George Washington Carver is incredible, there's nobody like Frederick Douglass -- but there are so many. You don't want it to become a boutique history. Black history isn't a separate history. This is all of our history, this is American history, and we need to understand that. It has such an impact on kids and their values and how they view black people. If they know about these stories, they're empowered and think "Oh, this is who I come from, this is who I am."

When you only hear about a handful of stories, the message is "Every once in a while, a special black person comes along." And that's a dangerous message to send to everyone. It does nothing but harm black children, it does nothing but harm the idea of black people. I think it's really important to tell these stories, because there are lessons to be learned -- incredible lessons about perseverance and determination and opportunity to do something great.

It's also about image. The story that we're doing with Janet Collins, for instance, is about showing a real black prima ballerina. Our main audience are kids 3 to 7 years old, in whom we're trying to plant seeds. Little girls want to play princess and ballerina, but they don't have anyone to emulate that looks like them.

How did you choose Janet Collins?

That's a story that I learned about early. I came across her obituary in The New York Times and thought it was so amazing that she was asked by the Ballet Russe to dance in whiteface and she turned them down, but still went on to such great heights. I think that's a great story for kids. She was a celebrated prima ballerina ... But I didn't know who she was. When I say her name, no one knows who the heck I'm talking about. Not that she was trying to make history for everyone, but she broke down barriers and paved the way for Misty Copeland. That's why I think it's important to celebrate her and bring this image of beauty and strength to little girls.

There are so many stories to tell. Getting them to resonate with kids is tricky. When I sat down to write Henry "Box" Brown after years and years of wanting to do it, I found it incredibly challenging. All of a sudden everything I wrote was so dry and serious, like history in school -- and I hated history in school. It was like castor oil. I didn't want that, I wanted fairy tales. I wanted to tell kids stories that were engaging and fun, but [that] happened to be about historical figures. The same way you know everything about Little Red Riding Hood like the back of your hand. So it was really difficult to write it until I started bringing animals into it, because when Henry Brown talked to animals, they didn't understand why he would go to such lengths to mail himself in a box. They didn't understand what this 'freedom' thing meant ... How do you explain that to a little kid? So you have to tell them what you can't do, and how your life is limited. It was through his way of talking to animals that I found a way to talk to kids.

Do you want to expand engagement of these stories to other ages?

I'd love to appeal to a wider audience and an older audience. I've found that older siblings sit and watch with the videos. Parents do, too, because of the content. They're not familiar with the stories, and that's really great to know. Regardless of our aiming the style and animation -- it's like a picture book come to life -- at little kids, everyone is listening.

Is this project also attached in any way to the history of storytelling?

That's a really important part of it. It wasn't so much of an intent at the very beginning, but it is something important that we're losing and this is definitely attached to that.

Have you been surprised by support shown for Sweet Blackberry?

The support has been incredible. When I first started Sweet Blackberry, I was focused on getting the stories out but I hadn't fully conceived the business model. We were a for-profit back then -- not by intent, but by default. After living with it for a little bit, I noticed educators, parents and librarians wanting more, and that made me think of turning it into a nonprofit through which I could develop programs. I realized we could harness all the support and goodwill to make these things happen.

There are so many stories. Every day I come across a new one. And I find it hard not to overload my Facebook with "this day in history" posts, because I've been told it's too much. There's lot of information to absorb, and I want to make sure people really soak in the stories they read and be inspired to share them [with] someone else.

The encouragement has been great. We do need it to translate into financial support. That's a little hard for people to get around sometimes. I love the outpouring of support, especially to friends. We need to all rally together and know these stories are for all of us. That's why Kickstarter is perfect for Sweet Blackberry, and all nonprofits.

I've seen, through the response to Sweet Blackberry, that people are hungry for this information. I think that people that follow the campaign and then realize their own readiness to pay attention -- they care more about it. Things are relevant to them. We try and make it so the figures we talk about are less abstract. You can't avoid that sometimes, but the more it feels relevant, the more receptive people are to black history. 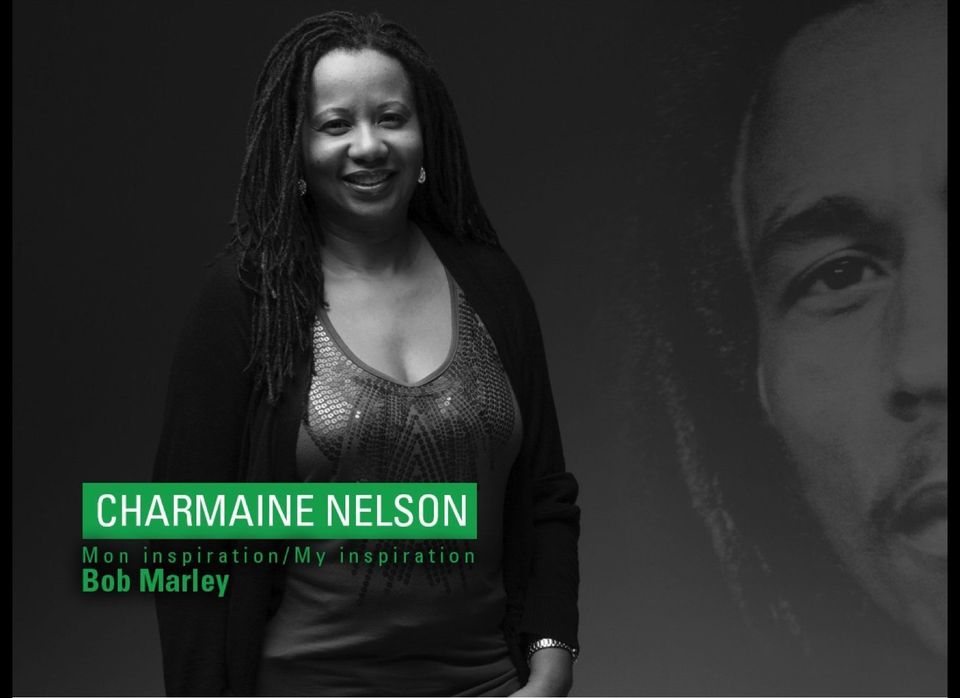