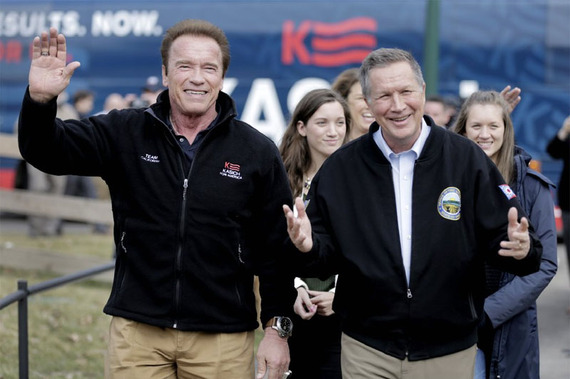 "The only source of knowledge is experience," Albert Einstein once said. The writer H. L. Mencken acknowledged, "A national political campaign is better than the best circus ever heard of, with a mass baptism and a couple of hangings thrown in." Mark Twain made us laugh when he informed us, "A man who carries a cat by the tail learns something he can learn in no other way."

Welcome to the 2016 Republican Party presidential primary, and an entire election cycle where from the get-go, cats have been dragged by their tails.

The pundits and media have mistakenly gotten it wrong. They emphasized Governor Jeb Bush would win. He didn't. They argued Ted Cruz would never make it out of the stall. He did. They told us Marco Rubio would be crowned King of Republicans. It never happened. They said it was Ben Carson's moment. It wasn't. They insisted Trump was a joke and would never make it through the south. He did.They told us Cruz would win the needed delegates. He hasn't and can't. They also told us from day one that John Kasich's campaign and presidential run was dead in the water (that it was over for him). Wrong again. Now they tell us that John Kasich will never be elected at the convention, that he will be blocked by Trump and Cruz, that he won't have enough delegates to be feasible. [Buzzer rings.] Incorrect.

John Kasich will indeed be the Republican nominee elected at the Cleveland Convention. And he will be elected because of experience that no other candidate can bring to the table. He will also win the general election in November.

While Kasich remains somewhat unknown by a certain percentage of the population, that's changing due to his experience. The more he speaks of it, the more people want to know him. Yesterday NPR ran a piece on him: "The Case for John Kasich, The Candidate The Most Voters Think Is OK."

And Rasmussen, meanwhile, informs us that when voters were asked what GOP candidate has what it takes to be president all voters point to Governor John Kasich. I guess slow and steady, decent and experienced will always win the race.

John Kasich has been deemed by some as the modern day Jimmy Stewart (though I see him as some amalgamation of Jimmy Stewart, John Wayne and a modern day Scrooge). This is a man who believes it's never too late to change and that positivity and not fear can change our country. Governor Kasich has somehow seen the Ghost of Republican Future (with Hillary beating Trump and Cruz in a landslide and us losing the House, Senate, and Courthouse -- among others) and he's eager to change that since it can be altered, since it's never too late.

Kasich touts himself as the only candidate with the real experience to beat the democratic nominee, presumably Hillary Clinton in November.

In fact, Kasich already has an outline, an agenda for his first 100 days in office--namely sending Congress that isn't working effectively a comprehensive plan on how to balance the budget in 8 years by freezing all but a few federal regulations, lowering taxes for families, balancing the budget and empowering small businesses. He promises also to tear down barriers to allow for increased energy production, and more importantly return major federal responsibilities back to individual states and communities so they can heal their own wounds.

Yes. Experience matters. As does Kasich in this GOP race.

A governor such as Kasich implements state laws and oversees the operation of the state executive branch. He expands new and revised programs, policies, among them executive orders, executive budgets, and legislative proposals and vetoes. He works with others (on both sides), with agency and department heads. Some of these he himself must appoint. He often has the ability to appoint state court judges, thereby working with a nominations committee. He also serves as commander-in-chief of the National Guard and militia forces (which we may need in July in Cleveland); finally, a governor like Kasich is in charge of convening special sessions of the state legislature; delivering a state of the state address, and granting pardons to prisoners.

All of this Kasich has done and successfully so in the past according to his voters in Ohio. In fact, John Kasich has the highest favorability rating of any Republican governor in the country, which is telling.

Might it be safe then to assume that candidates tweet pictures of their wives and hurl insults at one another, call each other "liar" when they have no political experience to stand upon, no record to unveil.

A few days ago the New York Daily News editorial board published the full transcript of their sit-down meeting with John Kasich. Indeed it's worth listening to, worth reading for more reasons than one. It informs you directly why John Kasich, boring as some might deem him, is as terrifying as he is to Hillary and why he runs rings around his opponents when it comes to experience and electability.

Most Republicans are born innately terrified of the New York Daily News and for good reason. When a New York tabloid decides to feature you on their front page it's often, more times than not, memorable and not in a good way (in the pictorial sense since a picture tells a thousand words). Already this election cycle, Donald Trump has been featured as a clown, a zombie clown and a dumber-than-dumber personality alongside Sarah Palin, while Ted Cruz has been told to take the "F" and/or "U" train out of town. For his part, John Kasich has been mocked for eating pizza with a fork. (I'll take the pizza eating with fork flogging over the clown or "F" and "U" train floggings.)

John Kasich then isn't afraid of challenges, obviously. Recently, while in NYC campaigning across the state in a search for delegates Kasich subjected himself to a in-depth grilling by their Editorial Board on his former experiences and future plans for president. He responded to intense questions (from this obvious liberal leaning newspaper and not the first) on: job creation, economic revival, reducing the federal workforce through attrition, insolvency and plans for Social Security, personal income tax and tax reform, wage stagnation, national infrastructure, mistakes he admitted to making with unions in his first term, agriculture subsidies, mass transit subsides, education and education reform in addition to many other topics. (This is also what makes John Kasich appear boring to some because he can talk experience. He's good at it.)

One notable moment of many defined in this meeting is where John Kasich is questioned about a bill he passed which was later overwhelmingly defeated in a referendum.

New York Daily News: ...What did you learn from that defeat, and what would you...

Kasich: Don't do it again.

And there you have him in all of his adulthood and authenticity. And all of his incredibly impressive 34 newspaper endorsements to date from both sides of the aisle.

John Kasich and I may not agree on some things. Several things, actually. And yet I respect the man, his intelligence, his accomplishments, and his humanity. And reading this entire full transcript of Kasich's meeting with the Editorial Board one can understand why Kasich is possibly the only adult in the room, and why he will be nominated in Cleveland on the second or third ballot.

We need someone with experience to fix this country. We need an adult willing to reach across the aisle, not shut down the government for several days or incite anger by hurling inflammatory and racist accusations. We need someone who won't just talk about what they are going to do, hypothetically. I want to know that they are qualified to be there in the first place since experience does matter.

As they say (or maybe they should say) if the resume doesn't fit, maybe the job shouldn't hire them?