If you happen to be walking through the woods in High Falls, New York and stumble upon a sizable, candy-colored house, don't fret. You are not hallucinating, nor have you walked into a terrifying, Hansel and Gretel-like situation. You've found artist Kat O'Sullivan's abode, a 19th century farmhouse she converted into a rainbow paradise. 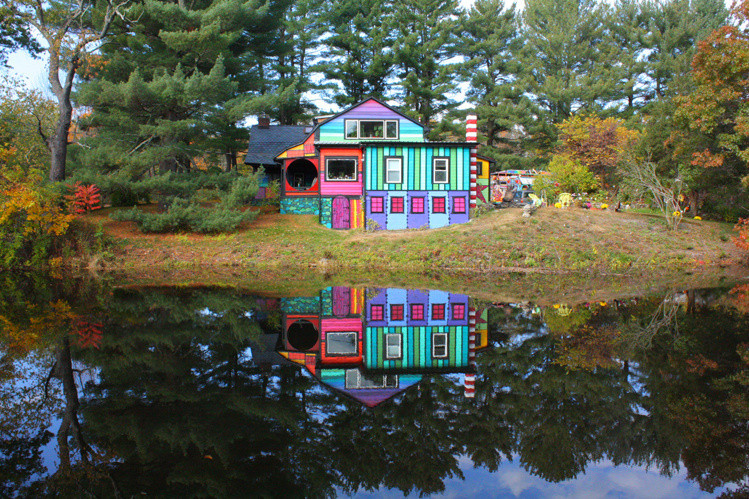 O'Sullivan bought the house in 2009 and she, along with her partner Mason Brown and a few creatively inclined friends, began hand-painting the stone and wood edifice of the 170-year-old home. It morphed from "the kind of house you would drive by and never notice" to a structure you could spot from miles away. The white walls were doused in purples, yellows and reds, and visions of eyeballs and smiles were squeezed below windows and rooftops.

"I walked into the paint store and basically said, 'I will take one of each!'" O'Sullivan explained to HuffPost. "Then I just started painting away without a clear plan. I make patchwork clothes for a living, so I approached the house the same way -- each section was its own little quilt square to play with. Every now and then I would step back and tweak it a little to make it more balanced, but I just followed the instincts of my inner five-year-old." 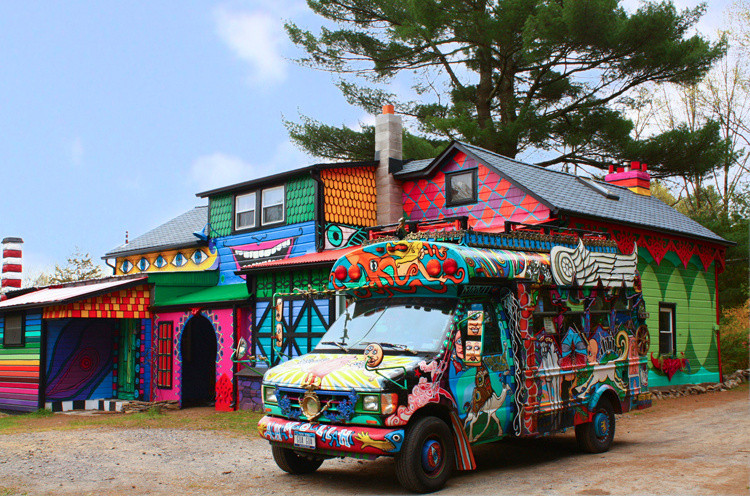 O'Sullivan, known for her up-cycled clothing, dubbed her house "Calico." While the inside certainly grabs an onlooker's eye, the inside vies for attention too. There's a black-and-white staircase reminiscent of Beetlejuice, a corridor lined with dummy heads, chandeliers dripping from ornate ceilings and vintage furniture and appliances tucked in every multi-colored corner. 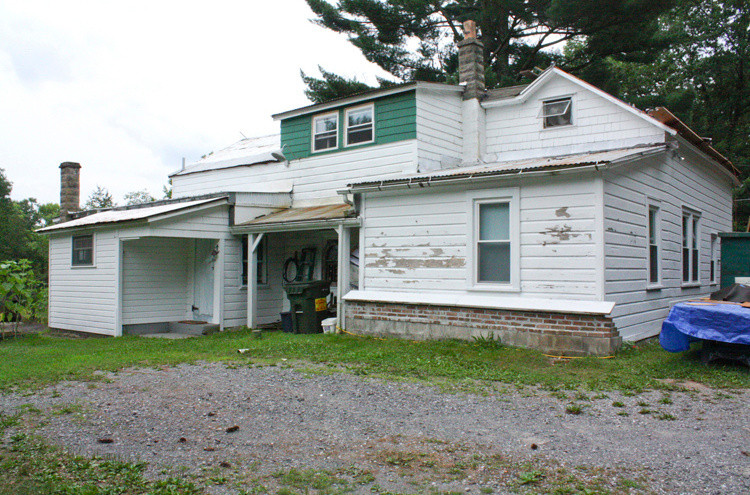 The artist promises that the house is in constant renovation -- a "weird" playground that's only going to get weirder. We reached out to O'Sullivan for some photos of her unusual creation, and she directed us to an ongoing album on her website. Check out a preview of "Calico" below and head to her Facebook page for more. 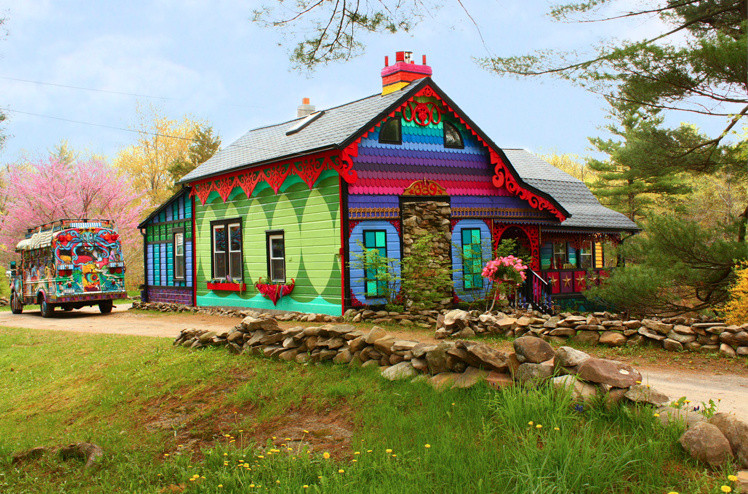 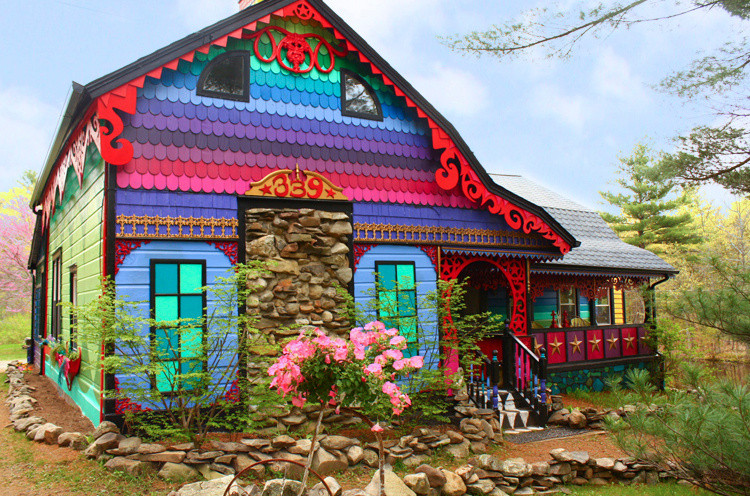 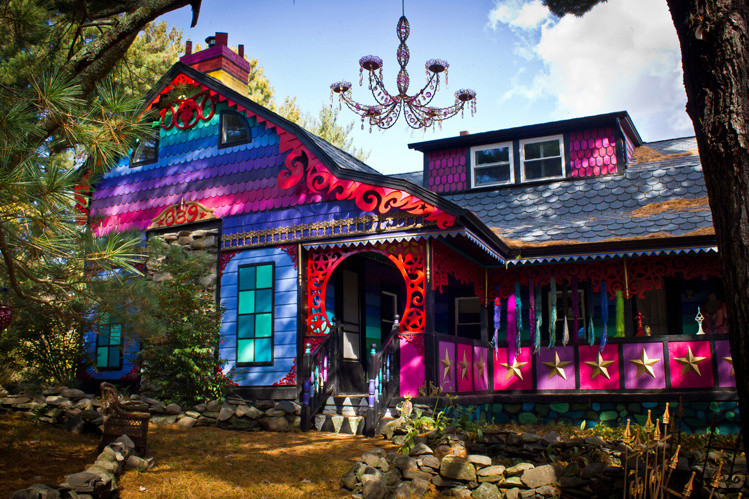 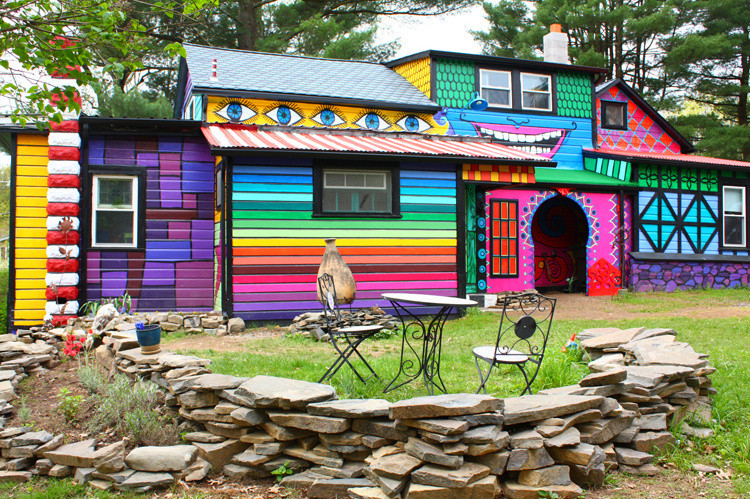 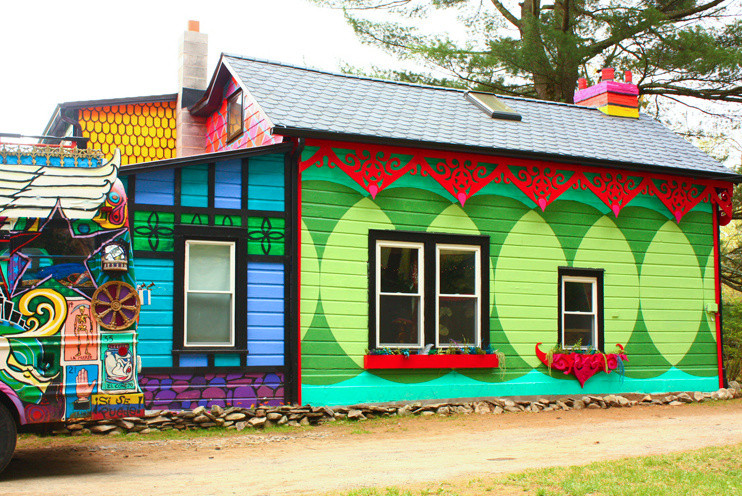 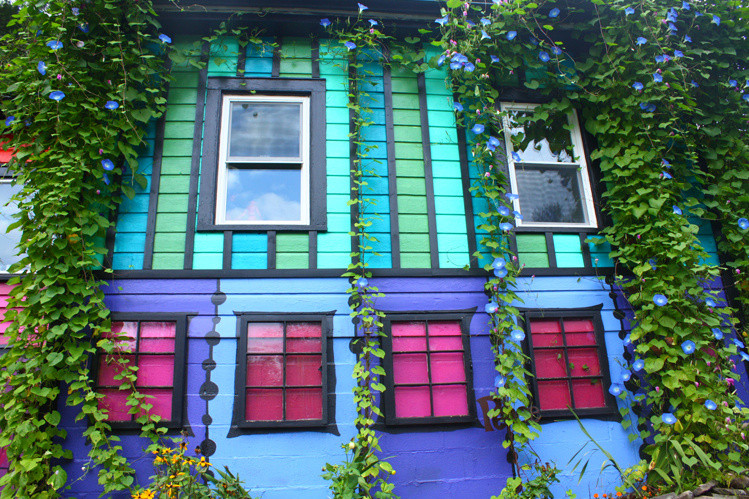 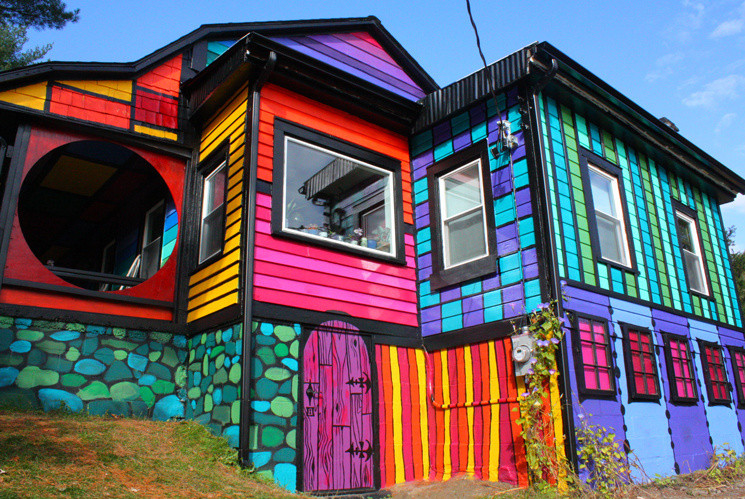 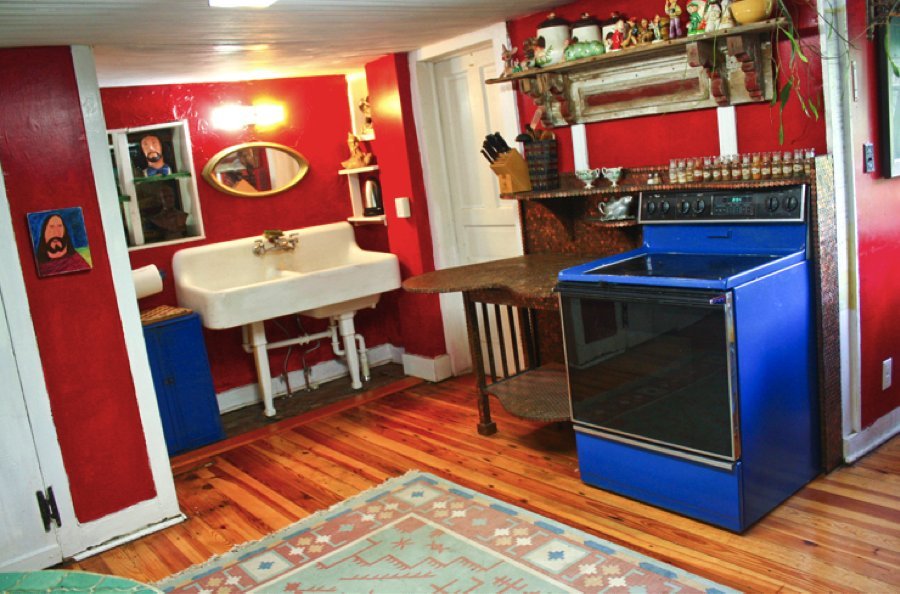 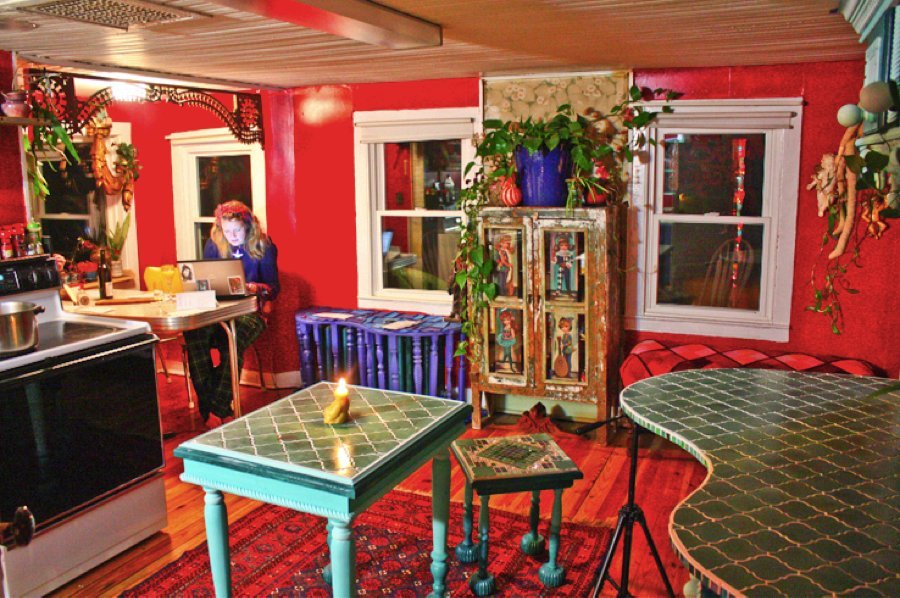 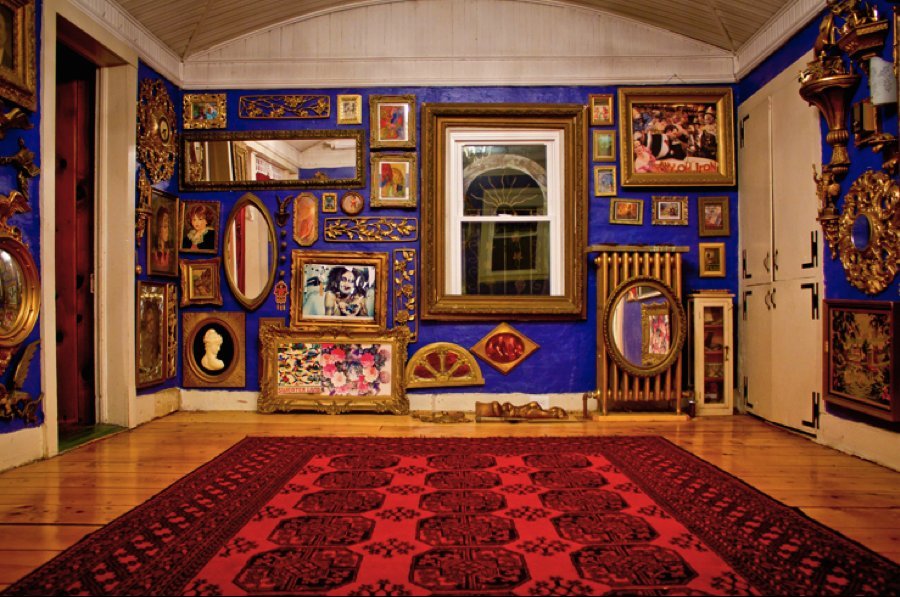 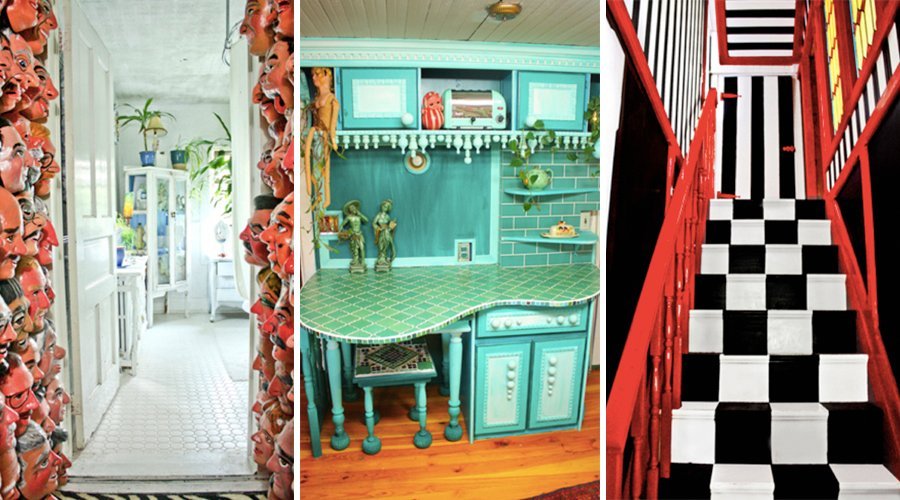 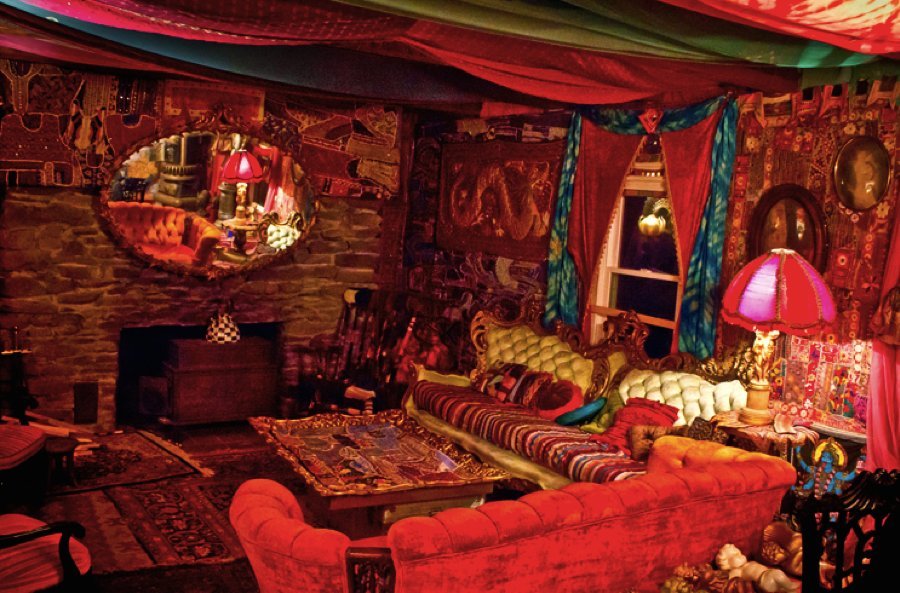 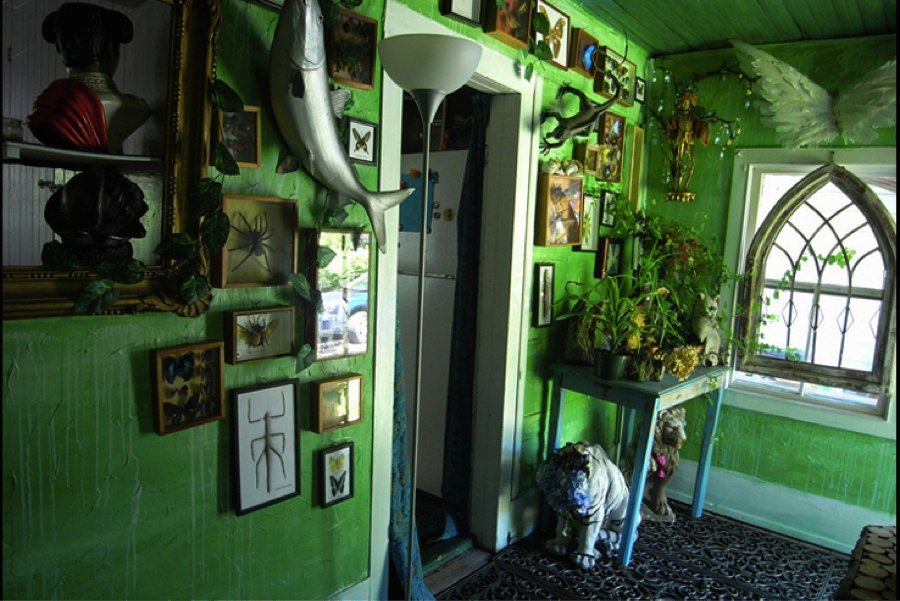 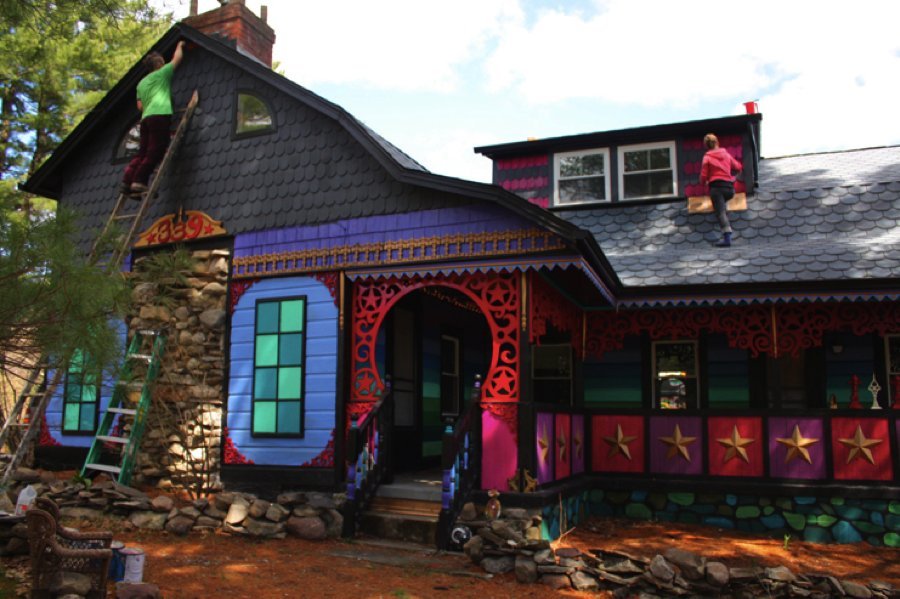 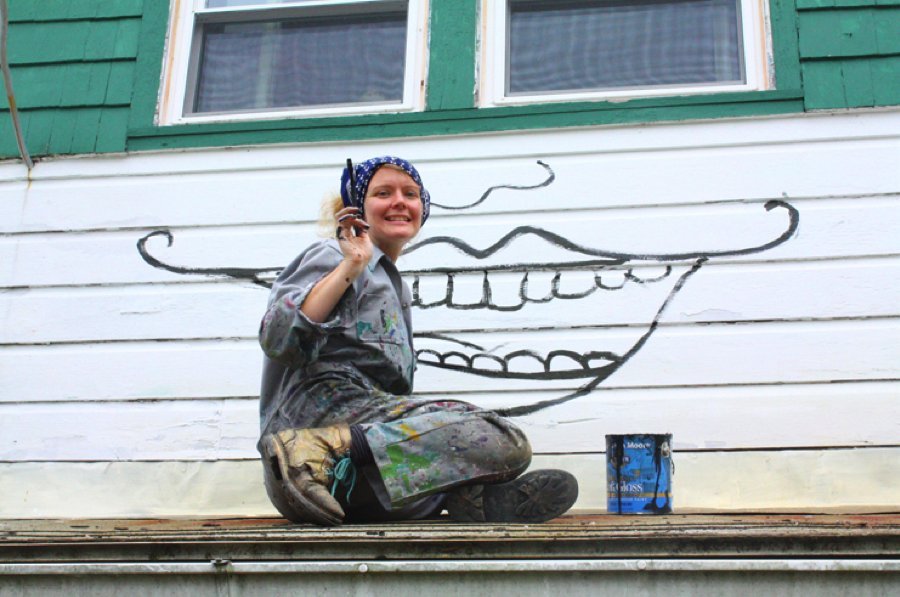