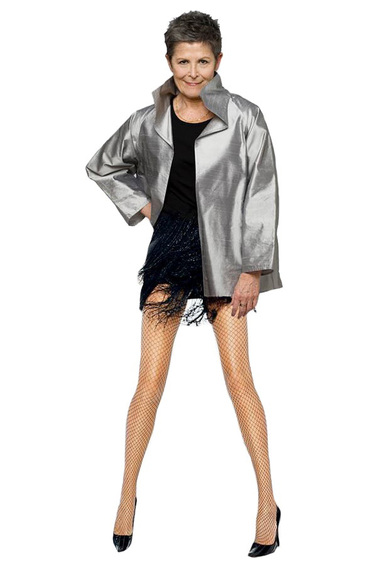 This week I talked with Kate Clinton our favorite political humorist for our sixth annual LGBT year in review. As we head into the New Year it's time to reflect on 2014 and chat about what 2015 will bring our LGBT community. This has definitely been another year for marriage equality. As the year comes to an end gay and lesbian couples can now legally marry in 35 states. However, as we move forward with LGBT equality in America there are still 79 countries where being LGBT is illegal.

I talked to Kate about how much work still needs to be done and her spin on our current LGBT issues. When asked what she would like to see happen for LGBT civil rights in 2015 Clinton stated:

Well I think our big challenge in 2015 is going to be the kind of slimy interpretation of the horrible Hobby Lobby case; the right to refuse on your religious convictions and that's bigger than a company that does flowers saying 'No we're not going to do flowers for that gay wedding'. But I do think there's going to be a lot of push back and not that kind of full frontal assault on marriage equality, but again just more chipping away of LGBT rights.

On marriage equality heading to the US Supreme Court in 2015 Clinton added:

I do think it's moving. I think that Evan Wolfson, the intrepid Evan Wolfson and the Freedom to Marry have really had a plan that they have been following and I do think their absolute goal is to get a decision about federal marriage equality at the Supreme Court.

When asked about LGBT workplace protection and the Republican majority in 2015 Clinton concluded:

I think there's been a lot of work done through organizations like Out & Equal that have really been working with corporations and their memberships and their employee relations groups to really talk about discrimination in the workplace. I think that it's been very much under the radar. They've been doing amazing work with corporations not only here but internationally and I do think that the notion that ENDA is just good business might sway moderate corporate business types in the Republican Party. I do think that it does have a possibility but we can't do it without trans rights....

Clinton is also very involved with NCLR (The National Center for Lesbian Rights) and LPAC (Lesbian Political Action Committee) conceptualized by her wife Urvashi Vaid to give lesbians a real and meaningful seat at the political table. Currently Kate is working on a new book and revealed to me the name of her new 2015 tour "Hello Katey: A One Woman Pussy Riot" she'll be performing nationally.