Kate Gosselin, her eight children, a camera crew and bodyguards are in North Carolina this week.

The working vacation, on Bald Head Island, was captured by a bystander in the photos below. This is the same beach Kate and the kids went to and filmed from in May 2009, shortly after Jon and Kate's split.

Kate's new show, 'Kate Plus 8,' replaced 'Jon & Kate Plus 8' after the couple's divorce. Its ratings have not been as good as the married Gosselin show.

The not-great photos are from this week and show some of the kids, Kate, the camera operator, the boom guy and a bodyguard. 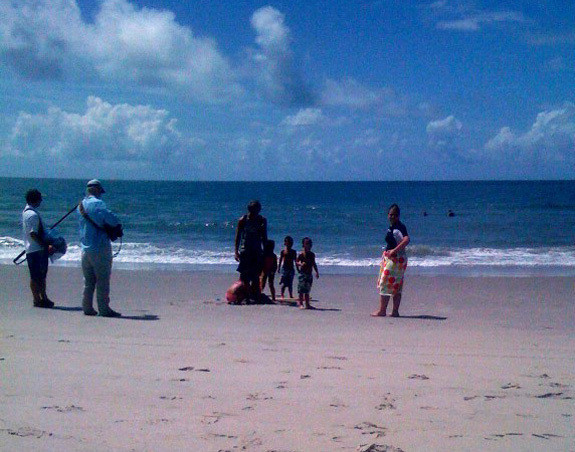 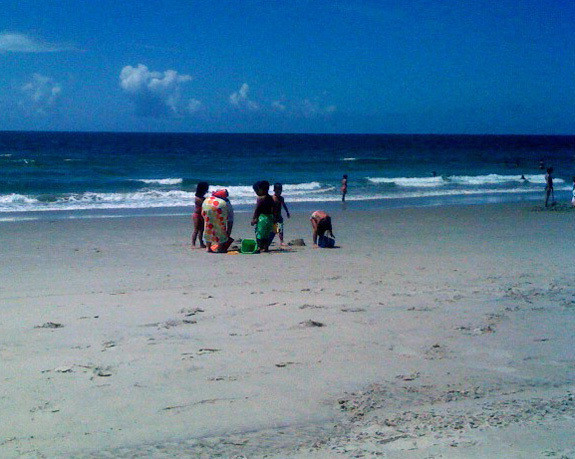 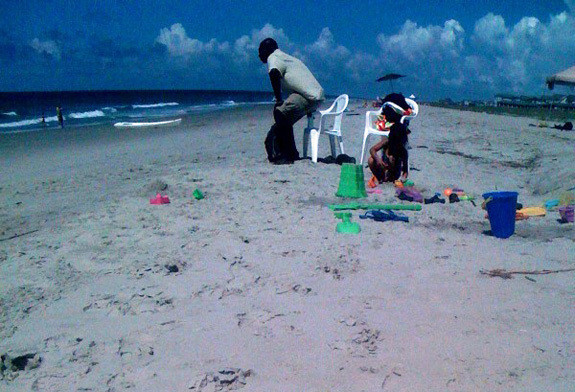