Kate Gosselin's kids insist they are "not messed up," despite what some might think.

Gosselin and her twins Mady and Cara, 13 -- just two of the eight kids in the Gosselin family -- sat down with People magazine to discuss life away from the cameras.

The girls and their six siblings grew up on the small screen. It all started with their smash-hit reality series, "Jon & Kate Plus 8," which first aired on TLC in 2007, then "Kate Plus 8." The show went off the air in 2011, after a total of 150 episodes and a bitter divorce. Jon and Kate's 2009 split played out in the magazines, with cheating allegations making most headlines.

"People expect us to be damaged," Cara told People. Added Mady, "People think we're supposed to be messed up, like, 'Oooooh, the poor Gosselin kids, they're going to be scarred for life, waaaaah.' Here's the big news: we're not messed up."

Even though the girls think their mom is "annoying" (for example, Kate says "'spensive" instead of "expensive"), Kate is proud of who her children have become.

"[T]hey're savvy, and they've learned things about the world and peoples intentions that took me decades to learn," the 38-year-old told the magazine. "They're more aware of their surroundings and can size you up with a glance. They're nobody's fools."

Last month, Jon sang a different tune when he claimed his kids -- including the 13-year-old twins and 9-year-old sextuplets: Hannah, Aaden, Collin, Alexis, Joel and Leah -- have issues because of the reality show.

UPDATE: Jon Gosselin was interviewed for the latest issue of InTouch magazine and he claimed his ex-wife is "exploiting" their children for fame.

“She uses them as her props,” he said. “It’s a problem for her that she can’t afford our old lifestyle anymore. It’s so unfair to them. I work really hard to keep my kids safe and then she just goes and tweets about them all the time. I don’t have a Twitter [account] anymore and even when I did, I never tweeted about my kids. I kept their lives private.”

Read Kate and the twins' full interview in the latest issue of People magazine, on newsstands Friday, Jan. 10. 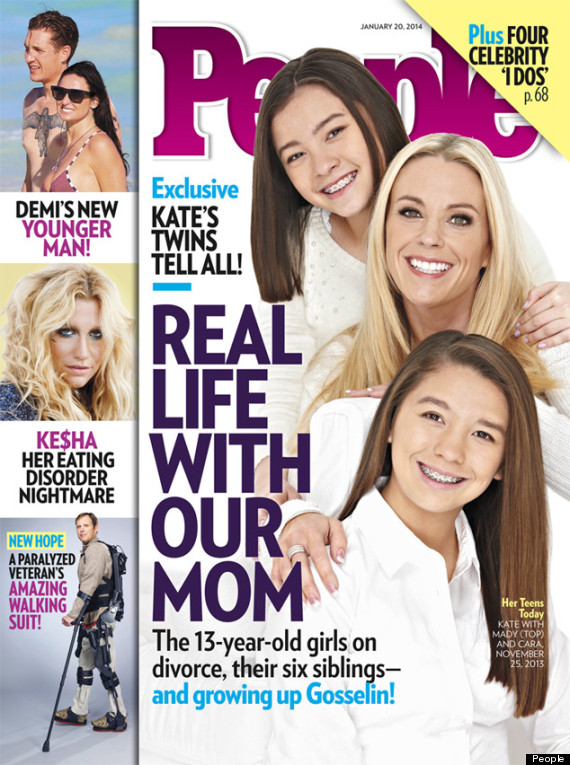