According to Us Weekly, and supported by recent bikini photos of the actress relaxing in Florida, Hudson had small implants put in.

An insider says in the new issue of Us Weekly that a plastic surgeon performed a small breast augmentation on the actress, 31, in late March. And the mom to son Ryder, 6, looked noticeably fuller on top while poolside in Miami on April 9.

Explains another source, "Kate makes jokes about her boobs, but her chest has always been one of her biggest insecurities."

Kate's chest was on display last November when she almost slipped out of her dress at the AMAs.

In 2008 the poster for 'Fool's Gold' gave her a digital boob job when it faked cleavage for the star. 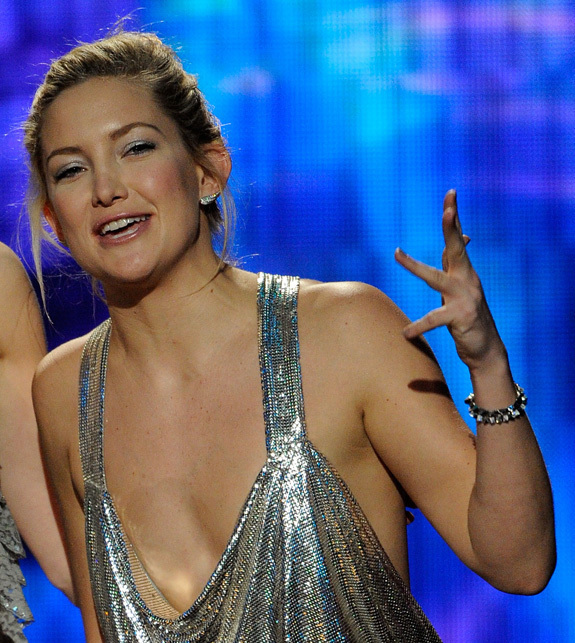