Kate Hudson was on hand at the British Fashion Awards last night, presenting her pal Stella McCartney with the "Red Carpet Award" -- presumably, for outfitting stars in the best red carpet dresses. But, as Hudson reminisced to Vogue UK, not ever Stella dress has been an awards show hit:

"Stella dressed me for my first red carpet event in 2001 for the Academy Awards... It was my first and only nomination. I was 21-years-old and to have Stella McCartney dressing me - well I felt like the hippest, coolest girl in the world. Up until the last minute Stella was working away, hand-sewing the hem. I woke up the next morning in my bed post-awards and without a little statuette on my bedside. I turned on the television to find out I was on every Worst Dressed list possible. So I called Stella and we just laughed our arses off and she said to me, 'Look babe, it was the hair wasn't it?'"

Poor girl! We had to dig around to find the dress Kate's talking about, but upon seeing it we have to agree: it really might have been the hair.

Luckily it seems like Hudson learned her lesson, as over the years her smooth, shiny waves have become her signature (once she gave up the wigs, of course). As for her red carpet style, that's improved dramatically as well: Kate can wear both androgynous menswear and sparkly cocktail gowns with the best of 'em.

Check out Kate's 2001 "Worst Dressed List" dress... do you really think it's so bad? For more, click over to Vogue.co.uk. 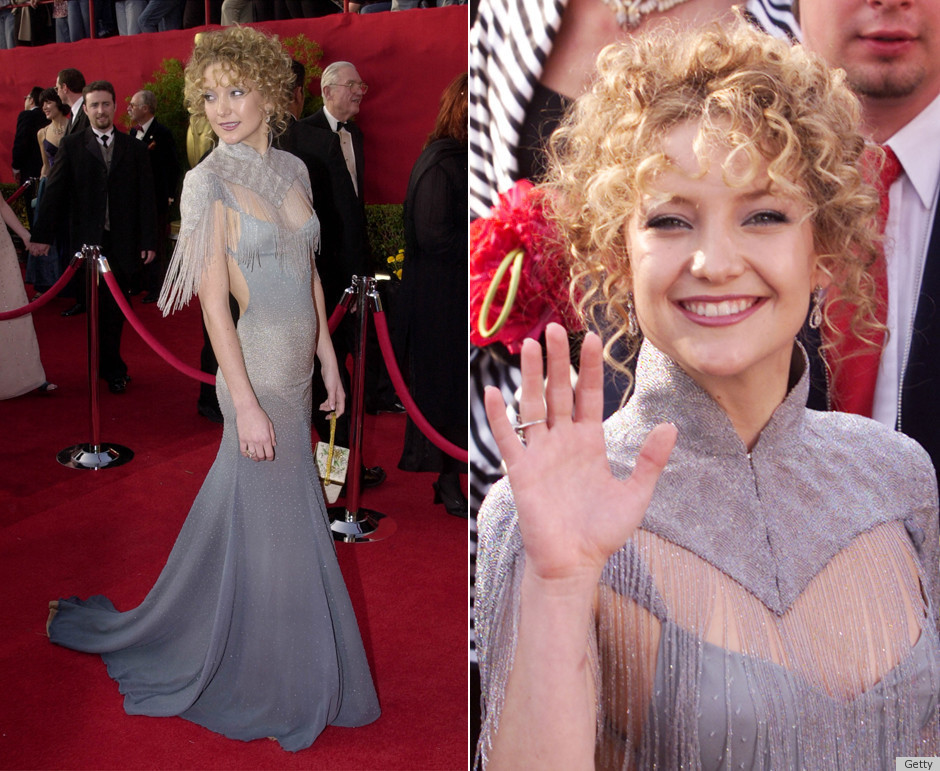