Kate Upton goes topless. Kate Moss is always topless. Even Kate Middleton, on the rare occasion, decides to go topless. But Kate Hudson is usually one of the most clothed Kates.

But hey, let's mix things up with a topless Kate Hudson cover. The "Glee" guest star and Ann Taylor collaborator takes it off for the April 2013 issue of Glamour, going shirtless, bottomless and braless in variety of combinations.

Despite how it sounds, the shoot isn't aggressively sexy -- shirt or no shirt, Hudson will always have a bubbly innocence about her. She went the topless route for Elle in 2011 and tried the no-shirt-under-blazer thing for Harper's Bazaar UK in January 2009. But despite it all, we still think of her as the goofy girl from "How To Lose A Guy In 10 Days" who flings barley at Matthew McConaughey and bawls hysterically in the middle of the restaurant.

But hey, that's the way we like her. Check out Kate's photo below -- are you a fan of this "edgy" cover or does the toplessness just seem unnecessary?

Read excerpts from the Glamour interview -- including dish about her sons and her role on "Glee" -- on Glamour.com. 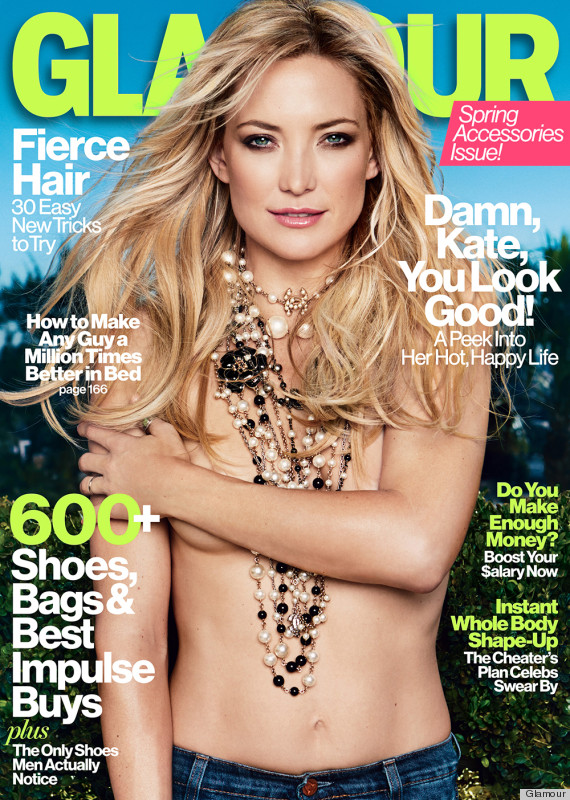 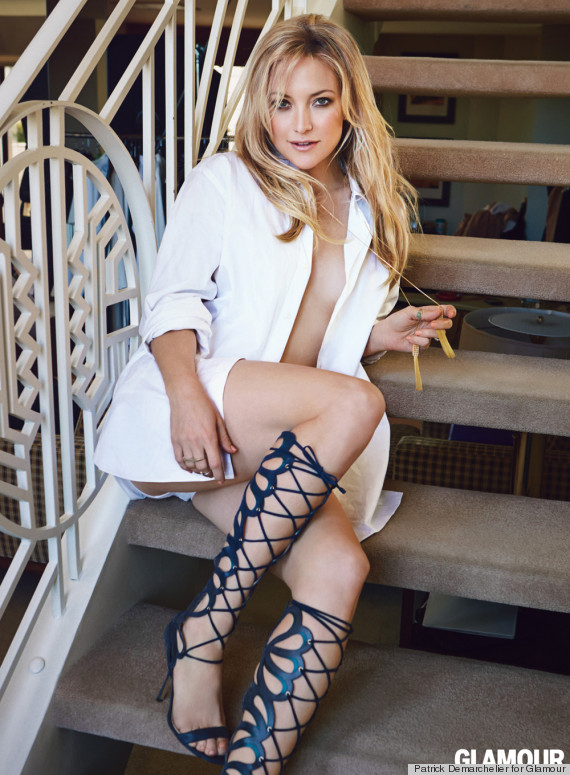 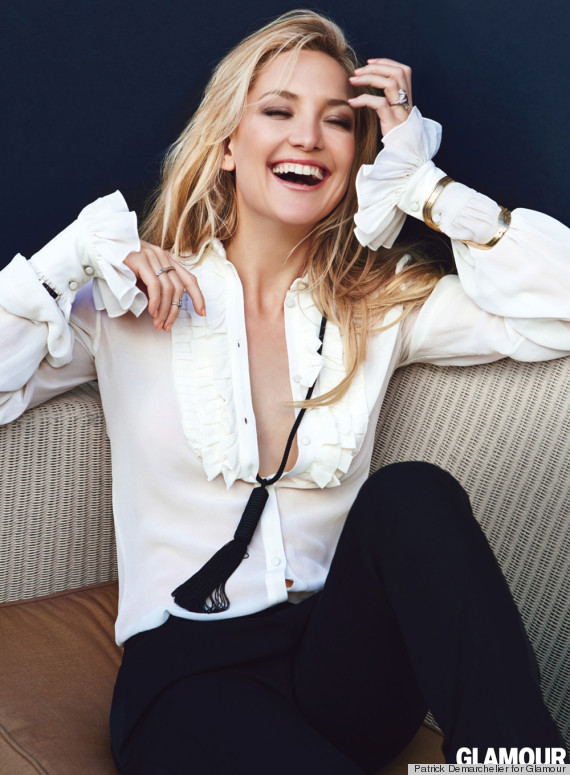