"Debut" might be a strong word, but Kate Middleton did finally reveal a hint of baby bump to the world this weekend. The British paparazzi caught the Duchess of Cambridge out and about last week, shopping at Boots in West London.

Kate was wearing her typical off-duty gear -- skinny pants, suede boots, ponytail -- with one exception: a swingy tartan cape-like jacket from Zara, which cascaded gracefully over what appears to be a visibly pregnant tummy. British tabloids touted the photo as the "first look" at the bump, which means the Royal Bump Watch has officially begun, or something.

While her formal appearances have been few and far between lately, the duchess has reportedly been shopping up a storm. Tabloids have spotted her looking for jeggings at Gap, maternity threads at London's JoJo Maman Bébé and trendy yoga gear at Sweaty Betty, supposedly quenching her thirst at a Starbucks. ($10 says she asked for no whip.)

Let's hope she keeps up the shopping frenzy -- how else will the Royal Bump Watch continue?

See a full pic of Kate's outfit at UsMagazine.com. 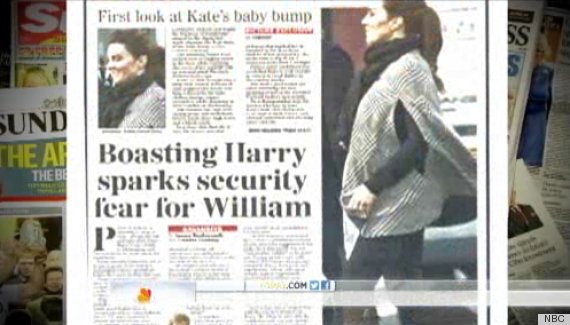 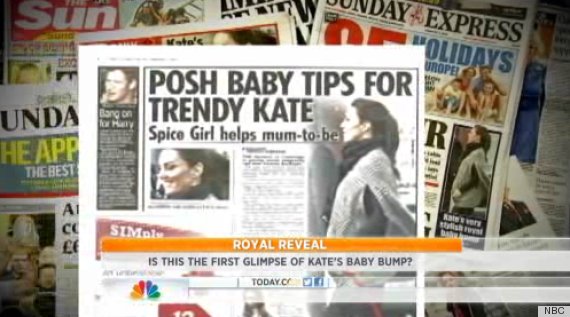 Think this pic qualifies as one of her best?