You'd think a major celebrity publicly wearing your designs would be a blessing... But that's not necessarily how Camilla Al Fayed sees it. Issa's chairwoman told the Times today that Kate Middleton's insanely popular engagement dress nearly paralyzed her small operation when stylish shoppers around the world attempted to snatch up one of their own.

"It absolutely sky-rocketed the brand on a global scale, but it was too much," Vogue UK reports Al Fayed said."Demand was so huge the business couldn't cope."

Kate Middleton's Issa dress, a navy wrap stunner that flatters many figures and skin tones, was a near-immediate sellout. The Duchess' dress has its own Wikipedia page, was reimagined in other cuts and colors and is even available in maternity sizes.

Al Fayed does raise a fair point: "If Kate wears a Zara dress, these huge companies have the backing to follow through... There was no business model." A massive retail chain is better accustomed to large-scale demand and production, while Issa was a little-known label before the Duchess announced her engagement. Businesses always hope for the best, but Al Fayed didn't yet have the resources to manage such an extreme uptick in demand.

We're sure she forgot the important qualifier, though -- that Kate hurt Issa's business in the short term. After all, the brand just opened a store in Japan. Do you think Issa would still have their sights set on international markets if Kate had announced her engagement in something else?

How could you forget? The dress that launched a thousand ships: 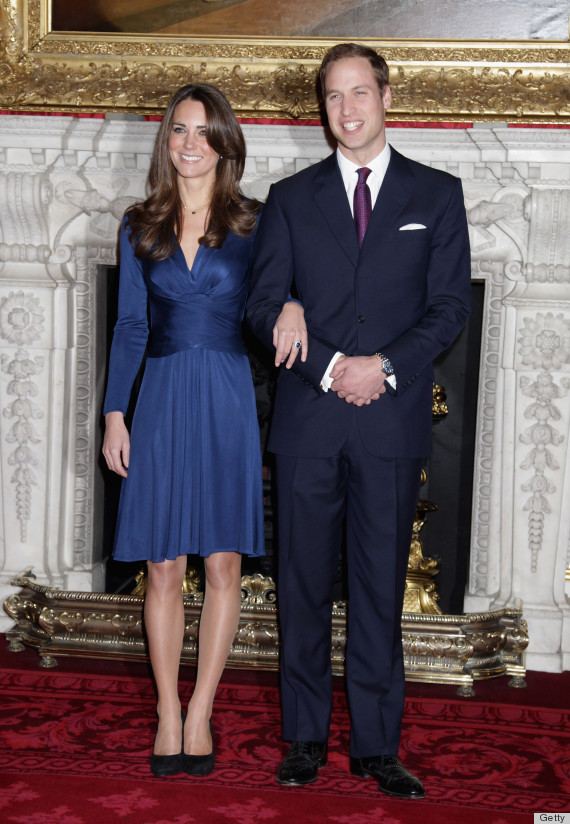 Because we think you can never have "too much" Kate: