The duchess arrived at the hospital early in the morning on July 22 through a secret entrance. She gave birth to the 8-pound, 6-ounce baby at 4:24 p.m that day, more than a week after his rumored due date.

"I'll remind him of his tardiness when he's a bit older," Prince William joked to the press waiting outside the hospital. Kate stood beside Will holding her newborn son while wearing a bespoke blue dress by British designer, Jenny Packham.

Earlier this morning, it was reported that the duchess' hairdresser had slipped into the hospital, sparking rumors that she would be departing today. Kensington Palace also confirmed that the royal couple wouldn't be leaving until 6:00 pm local time at the earliest. During the brief hospital stay, Carole and Michael Middleton as well as Prince Charles and Camilla paid the new parents a visit.

Baby Cambridge's grandfather, Prince Charles, told the press he and wife Camilla were "overjoyed" at the news of a healthy birth, and dignitaries around the world (including President Obama) have sent their congratulations.

Prince William, Kate and the baby are said to be headed back to Kensington Palace. 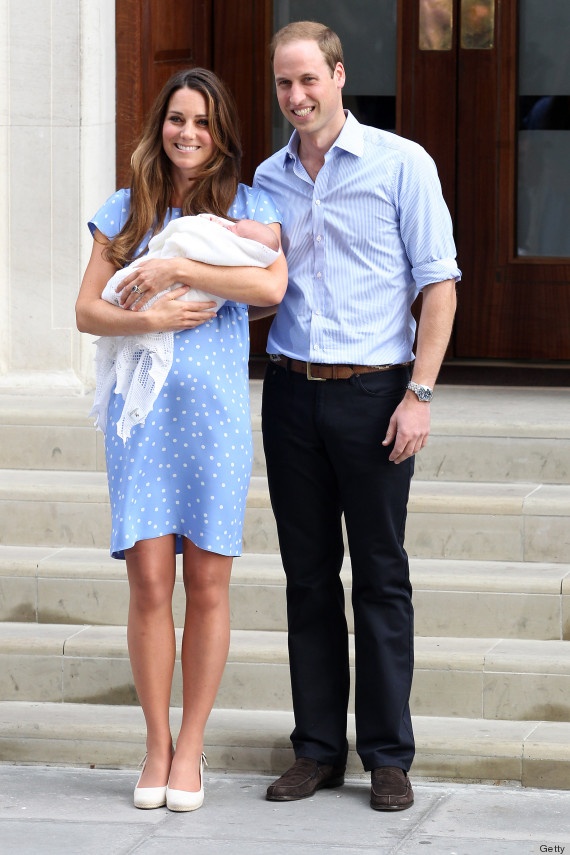 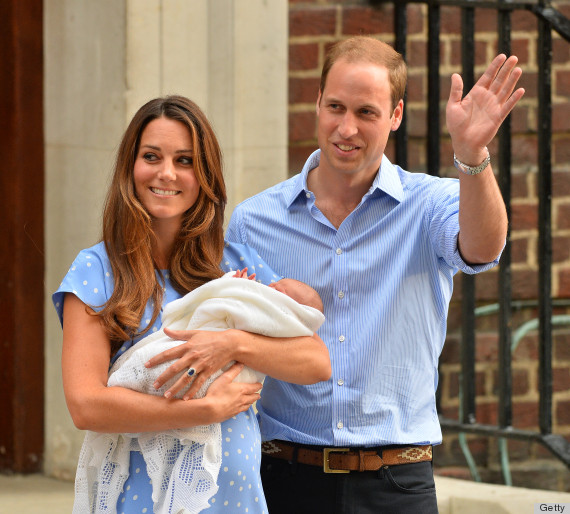 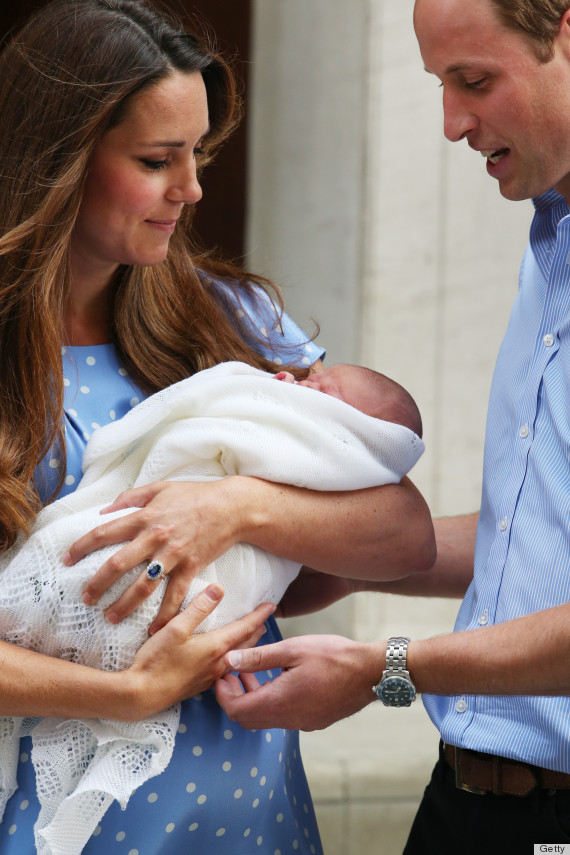 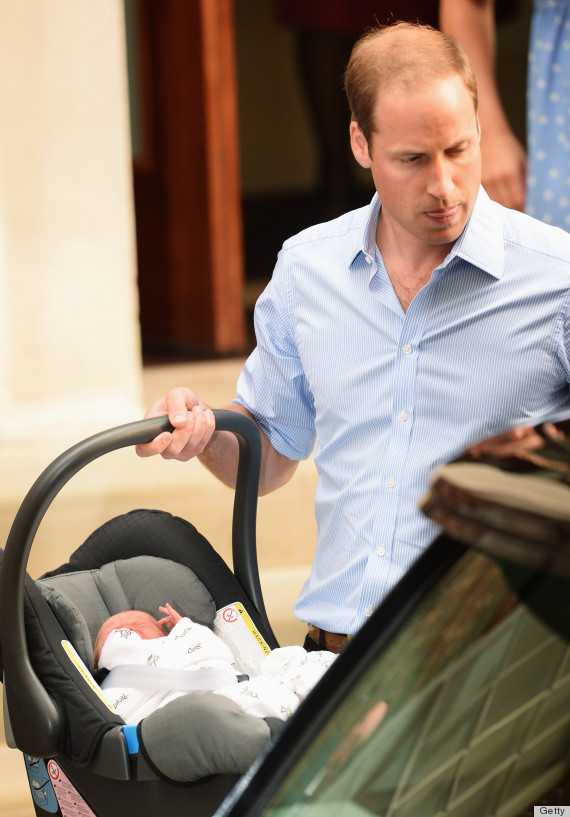