We were firing up our yawn machines for the latest round of Kate Middleton pregnant rumors when this one caught our eye -- and it might be the most legit one we've seen yet.

While cruising a round of photos of the Duke and Duchess of Cambridge in Singapore on their royal tour on our photo service, we noticed in the photos of Catherine wearing Prabal Gurung that she was holding a glass of what appeared to be just water. The New York Daily News confirmed that Catherine turned down wine at the state dinner when William opted for bordeaux, instead choosing to toast two different times with just a glass of water.

So? Well, we've got more evidence. Lo and behold, we noticed that the duchess appeared at a second event, the British Gala Reception at Eden Hall, on Thursday in a lovely printed Erdem dress holding what appeared to be just water in a wine glass again. Of course, Catherine could have simply not been in the mood for an alcoholic beverage, but we've seen her at multiple fancy parties in the past drinking AND toasting with wine and champagne, so we know drinking at these events is de rigeur for her.

Star magazine declared in this week's issue that the duchess was now duchessing for two, and if it's true, it should be even more apparent now that Kate and Will are getting photographed daily on their nine-day tour of Asia.

Could it be??? Check out photos below. 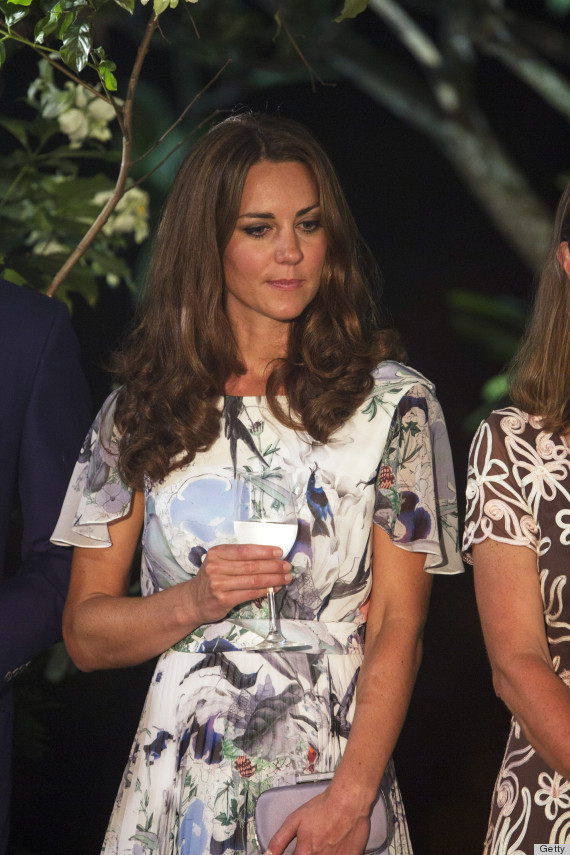 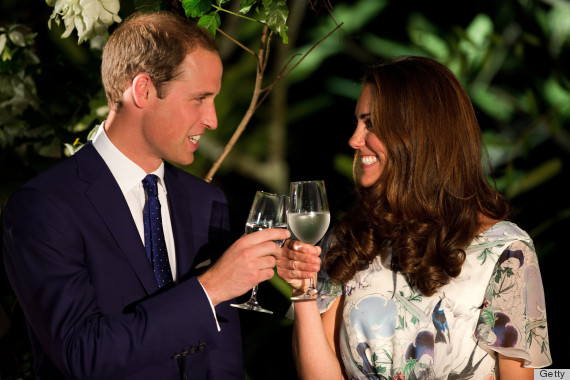 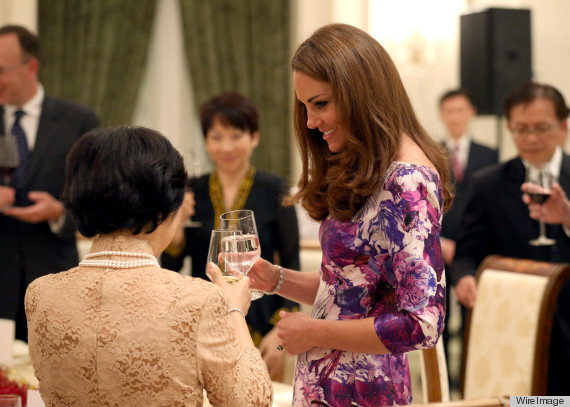 The Duke And Duchess Of Cambridge Diamond Jubilee Tour - Day 2