The Duke and Duchess of Cambridge joined the rest of the royal family on Saturday at the Trooping the Colour ceremony in London, also known as Queen Elizabeth II's birthday parade.

The Queen and members of the Royal Family on the balcony of #BuckinghamPalace after today's #TroopingTheColour pic.twitter.com/cSgmI1SkDg 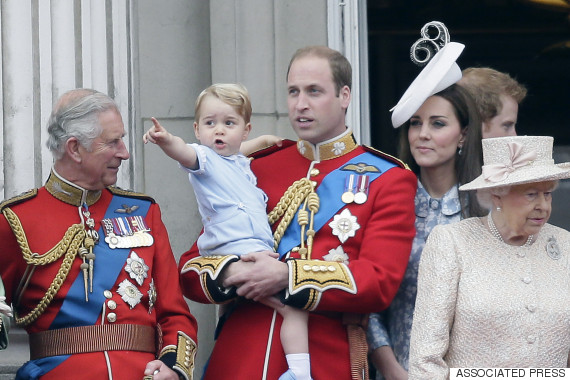 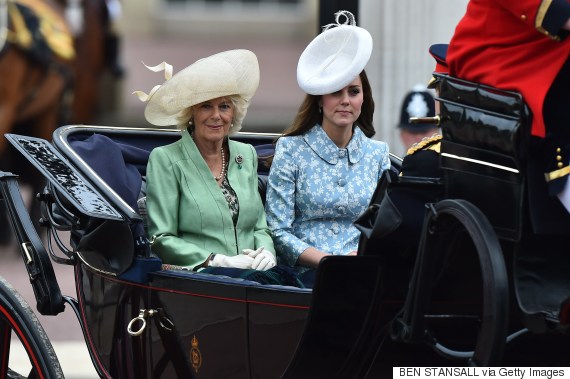 Looking radiant as ever, the duchess stayed true to her classic style in a light blue coat dress by Catherine Walker and a Lock & Co white fascinator hat. But it was Prince George, in a shade of blue similar to his mother's, who, in his daddy's arms, stole the show while pointing and waving to the crowd.

Earlier in the day, Prince George was photographed looking on in delight as the festivities got underway. 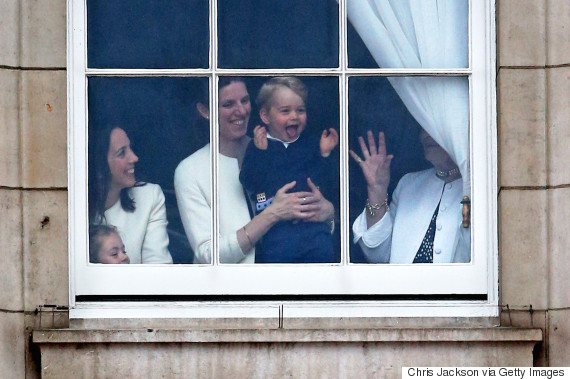 For now, we will make do with photos of the royal family looking as regal as ever.