It hasn't been too long since the 2012 London Olympics came to an epic close in August, so Kate Middleton seems like she's still happy to sit on the sidelines and cheer on some local teams.

Just yesterday, the duchess joined Prince William to attend the Wales versus New Zealand Autumn International rugby game at the Millennium Stadium in Cardiff. But before taking their seats in the stands, the royal couple greeted the Brit team at a reception for the Welsh Rugby Charitable Trust. Prince William serves as the patron of the charity organization for injured players, so Kate and Will took the time to sign the visitor's book. (They even spotted the signature that the prince left when he was 12-years-old and visiting the stadium with his mother Princess Diana in 1995. Aww!)

The duke and duchess got into the spirit of things with their outfit choices, too. Since Wales' rugby team is called the Red Dragons, Wills opted for a red striped tie while Kate repeated a red LK Bennett coat that she wore last year while visiting a UNICEF warehouse in Denmark. Always one to mix high with low, the Duchess of Cambridge was carrying a Gucci clutch to add a touch of royal glamour to the sidelines.

Check out Kate Middleton's look from yesterday's rugby game and tell us what you think. 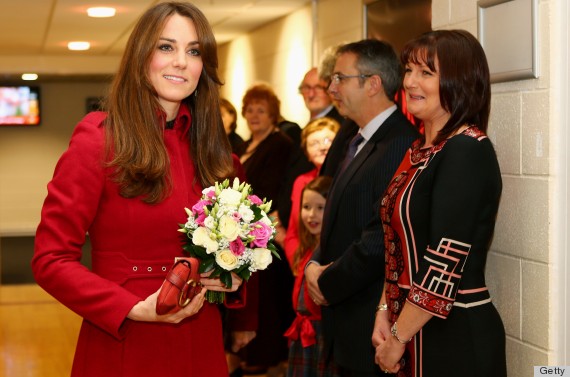 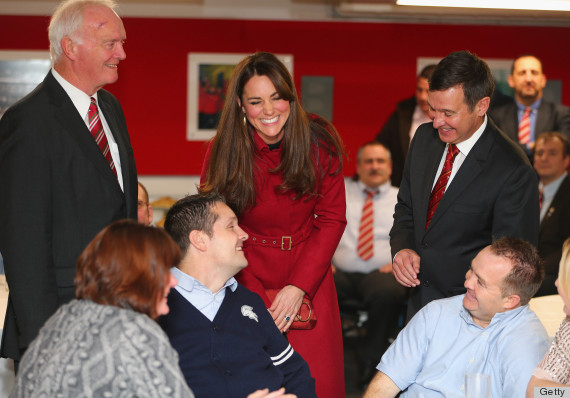 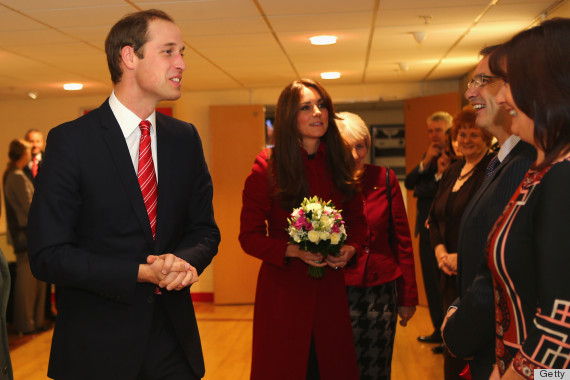 Will And Kate Visit UNICEF