Duchess Kate Middleton hasn't met an Olympics event she didn't like. This week she's already watched Zara Phillips' equestrian event, chilled with Michelle Obama at an Olympics reception, done the wave watching Andy Murray at Wimbledon and showed some major PDA with Will at the Team GB cycling race.

Are there any sports left for Kate to go to? YES. Get ready for day 7 of the 2012 London Olympics, as Catherine headed to Riverbank Centre on Friday to check out the men's hockey tournament, perched next to two gentlemen who were definitely not the Duke of Cambridge.

Though she was keeping warm in a team GB jumper and being her usual smiley self, the best part of Kate's outfit was definitely her huge press/security pass containing the equivalent of a DMV mugshot, which she had to wear around her neck and which was approximately the size of a college-ruled notebook.

Catherine's Olympics style has consisted mostly of fashion repeats and those blue suede Stuart Weitzman Corkswoon wedges that she's been wearing everywhere. But even the most famous princess in the world still has to squeeze past security with us hoi polloi. 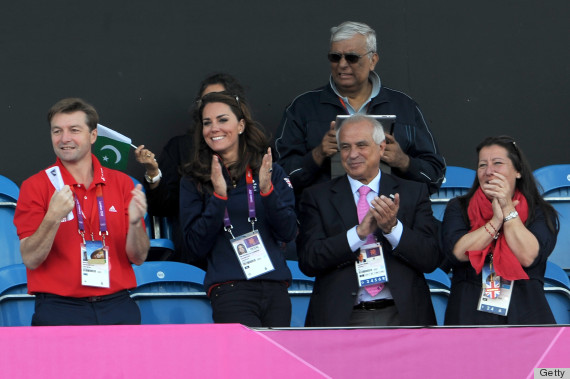 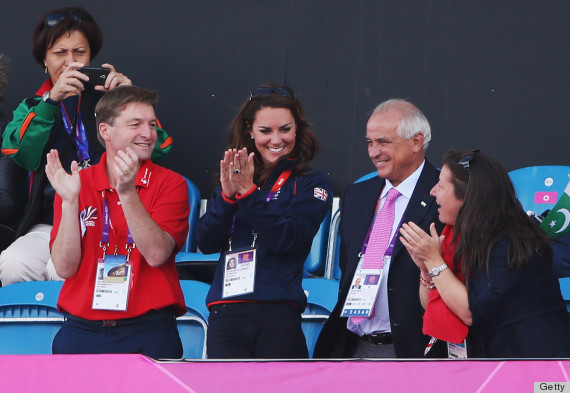