As the Kate Middleton topless pics scandal continues to churn on (with even more photos being published today), the Duke and Duchess of Cambridge were still all smiles as they continued their royal tour of Asia and the Pacific, landing in Tavanipupu on Monday for another elaborate royal greeting, including a ceremonial dance from topless dancers.

Over the weekend, the royal pair explored Borneo, even getting strapped into harnesses for a view of the rainforest. From there, they moved on to the Solomon Islands, and today, they headed to Tavanipupu, a tiny island that's part of the Guadacanal region. (Confused? Here's a map.)

Kate and Will looked fab in their decorative necklaces, especially the duchess, who wore a simple navy frock and kept her hair loose as the couple were treated to a ceremonial canoe ride, watched dancers and greeted local children. Earlier, in the day, Catherine slipped into a yellow Jaeger dress for another visit in Honiara.

Monday is day seven of the couple's nine-day royal tour. On the 18th and 19th, they'll head to Tuvalu before jetting home to England. 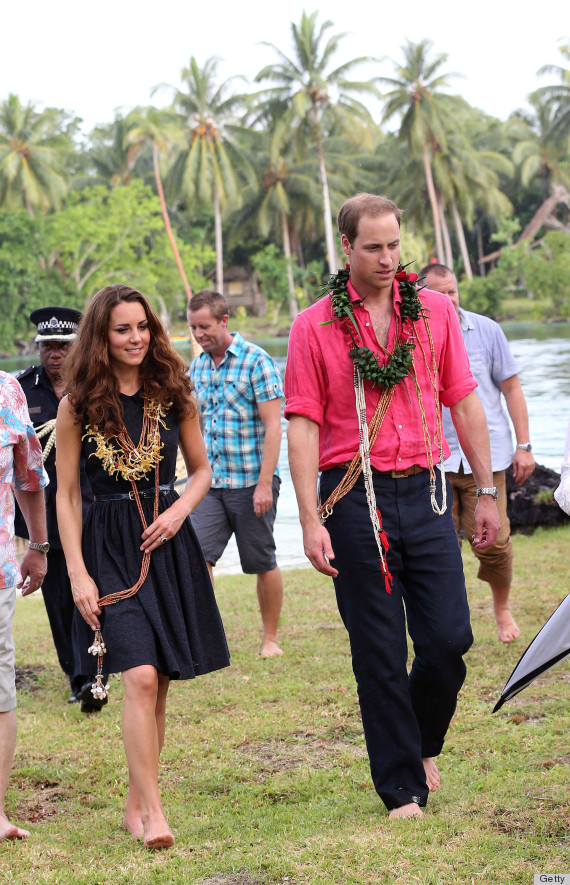