For her first appearance on the front of a men's magazine in 17 years (her last was Arena, in 1996), Kate covers up (in comparison to her latest works, at least) in a sheer, bedazzled bodysuit bearing artfully placed oversized crystals. The theme of Esquire's September issue is "Made In Britain" -- and who better to represent the UK than their supermodel crown jewel?

"For too long [Kate Moss] has been monopolised by women’s fashion magazines," Esquire editor Alex Bilmes says. "So I am thrilled that we’ve persuaded her to front our special issue dedicated to this country’s most stylish people and products. I really can’t imagine anyone better suited to the job."

Neither can we. Take a look at Kate's blinged-out bod below. Get comfortable in guys' eyelines again, Kate: We hear she'll be covering another legendary men's magazine soon. 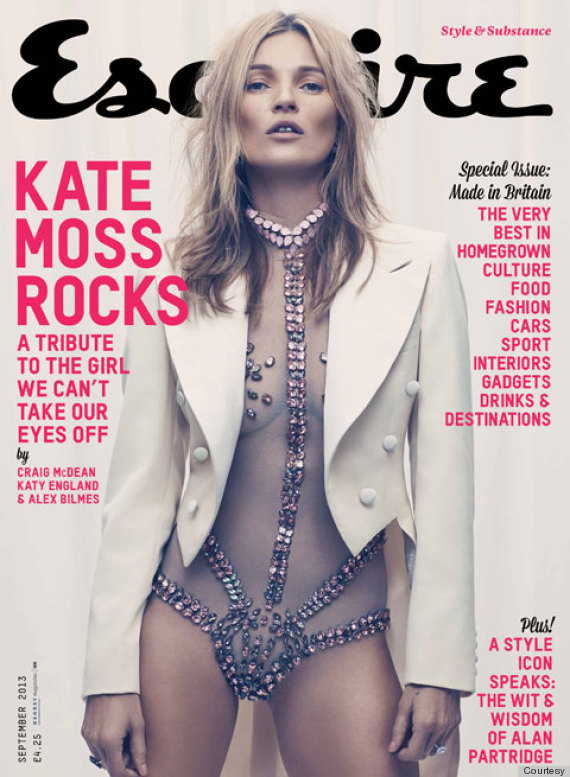 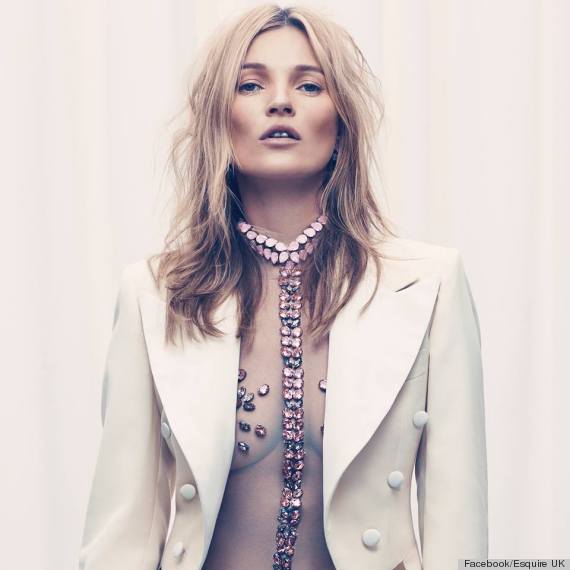 Kate looks good in clothes, too: