What better way to ring in the New Year than a Kate Moss cover?

The British supermodel, who scored at least a dozen covers in 2011, has debuted her third cover of 2012 -- and the year hasn't even begun.

Marie Claire South Africa chose Moss as its December/January cover girl, as did Vogue Paris (the memorable David Bowie look) and Madison Australia, which put Moss in a pool for what is actually a summer issue.

For Marie Claire South Africa, Moss dons a feminine red dress with her hair long and loose. Photographed by Mert Alas & Marcus Piggott, Moss looks young as ever, although she'll be celebrating her 38th birthday this January.

But a child and a wedding haven't slowed her down in the slightest. Below, see her newest cover as well as some of our favorite Kate Moss covers from years past. How does the new Marie Claire cover compare? 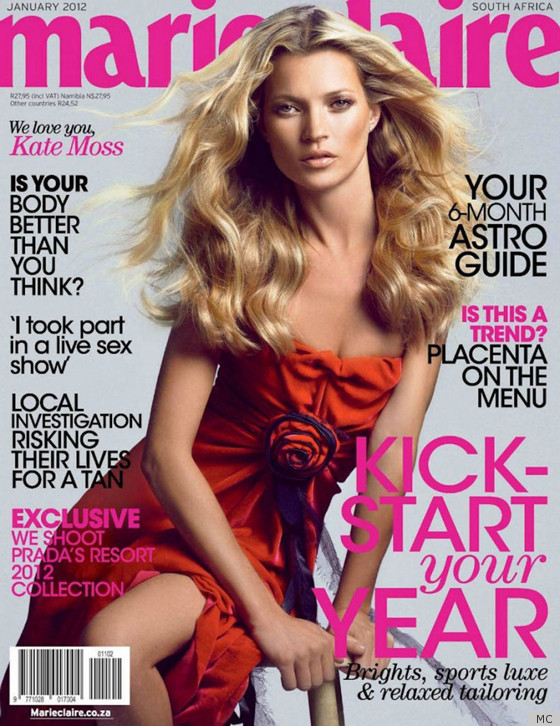