Supermodel Kate Moss pays tribute to the late Alexander McQueen in the May issue of Harper's Bazaar UK, reprising the role she once played as a hologram at the end of the designer's 2006 runway show.

She dons the ruffled organza dress she wore while an image of her was projected for catwalk watchers. See video of that below.

Her homage is tied to the "Alexander McQueen: Savage Beauty" Costume Institute exhibit set to open on May 4.

Kate Moss says about McQueen: "He gave women power, while letting them be fragile and vulnerable at the same time. People always used to say he was a misogynist, but it took me a while to realise that he was actually empowering women and not the other way around."

Of his legacy she says: "There's never ever going to be anybody like him. His was the most exciting show to see ever, even if you weren't there. I would hear about it on the phone and hear Lee and hear everyone. There was so much tension, but we had the best laughs. He was a dear friend of mine. I miss him terribly."

The issue hits newsstands March 31. For more, head over to Harper's Bazaar UK. 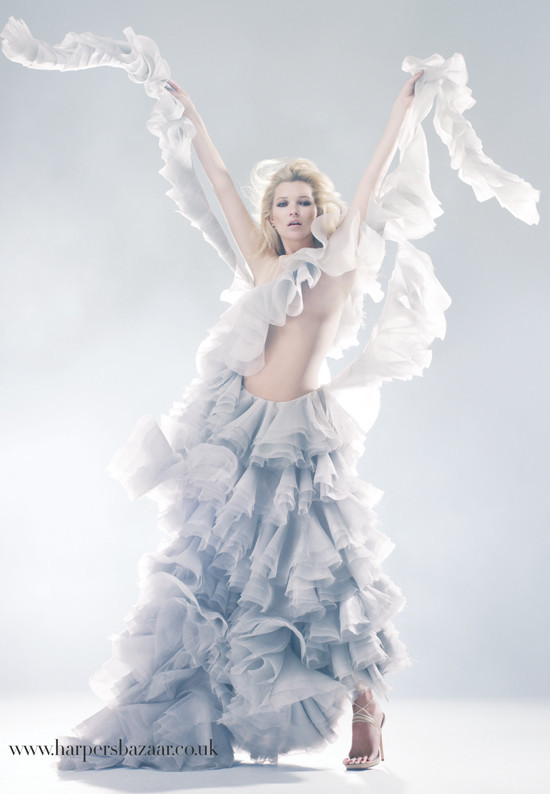 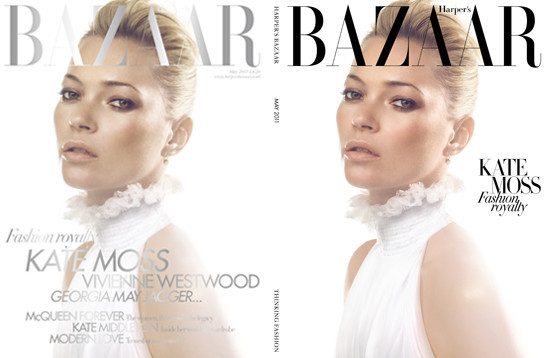