Kate Moss has lent her body -- her whole body -- to St. Tropez for a new ad campaign. As the first-ever face of the self-tanner brand, Moss strips down to the nude and lolls around by a pool wearing nothing but a golden, self-applied hue.

"I have used St.Tropez since it started," Kate said in an interview with St. Tropez. "Around 15 years ago, the first time I went to Ibiza I didn’t want to be the only white person on the beach so I had a St. Tropez."

We've never been to Ibiza, nor did we know Kate was such a big self-tanner fan. But we're not the least bit surprised to see Kate in the buff -- girl poses naked for magazine covers, calendars and fashion ads, and she doesn't mind showing NSFW amounts of skin while out on the town, either. And then there are those Playboy rumors...

Which is why it's fitting that the unofficial slogan of Moss' new campaign is, as she says in the behind-the-scenes-video, "I'm never naked without St. Tropez." In other words, she's almost always wearing St. Tropez. 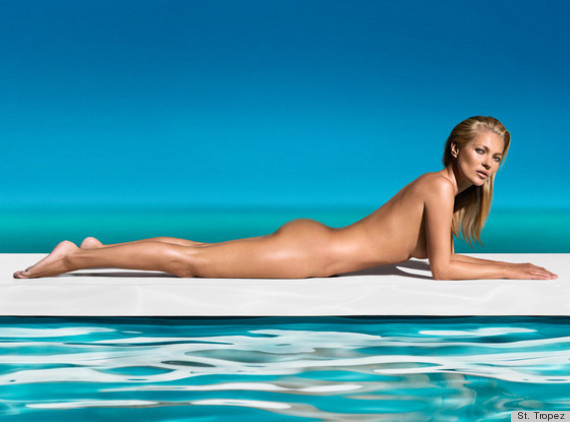 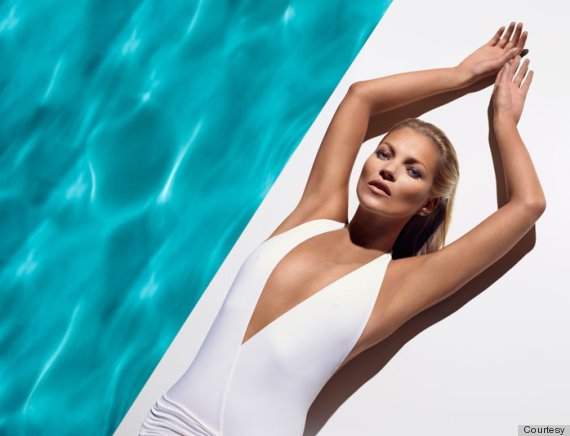