This time around, the shoot's for a "special edition " of AnOther mag's spring/summer 2012 issue , features Kate posing topless in black and white while wearing clothes by famed McQueen designer Sarah Burton, although, we're not sure who's really looking at the clothes.

Moss has racked up some controversial covers lately, posing as a demon for the March issue of W, and honestly, even her steamy nude photos in the 2012 Pirelli calendar weren't exactly shocking. We're almost more surprised when Kate poses with her shirt on.

Check out Kate's topless cover below (NSFW, obvs) and below, more of Moss' iconic covers, most of which feature less nipples. 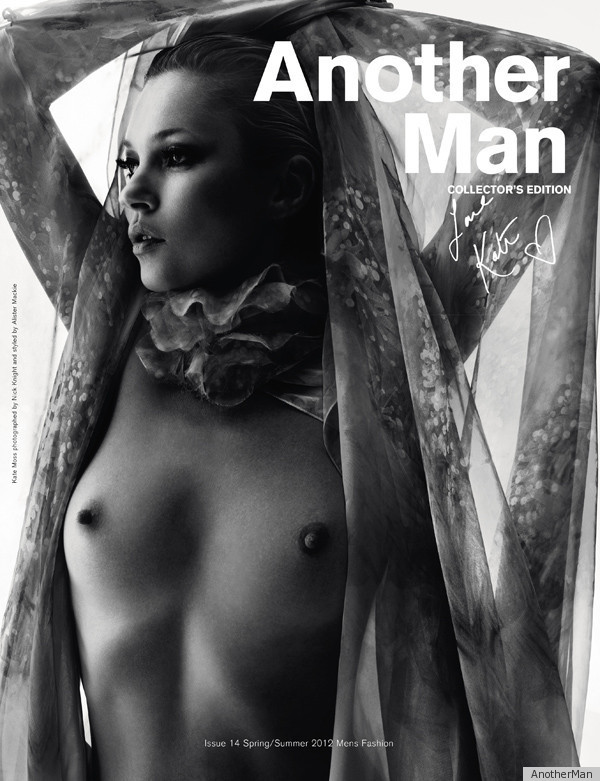