Moss is one of six models who appear sans shirt on the glossy's November issue, and in true Moss form, she looks seemingly ageless and well, super hot. It's fitting, then, that the fold out feature is titled "Hot Denim on even Hotter Models." The models also took to W's website to divulge some of their best beauty secrets (like happiness and yoga, of course). 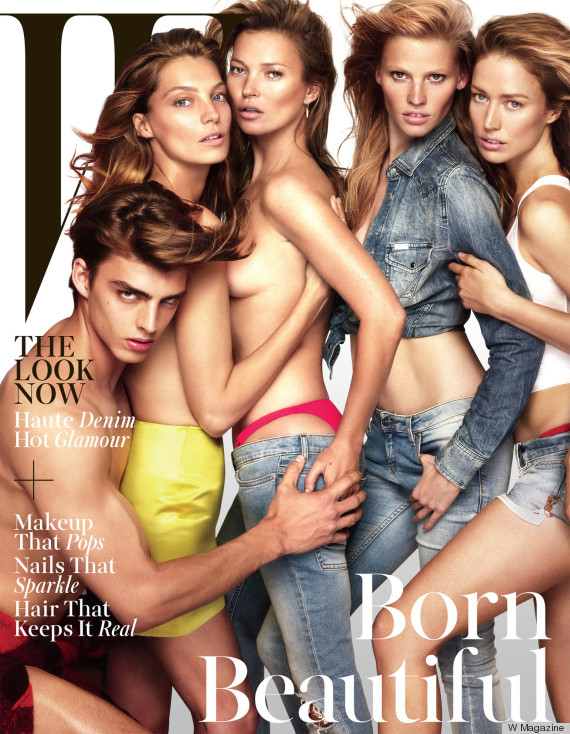 Click here to see the entire shoot, and be sure to pick up your copy of W Magazine, which hits newsstands Oct 20.

Let’s Talk About Regé-Jean Page Actually Wearing Clothes, For Once