When swimsuit model Kate Upton is not allegedly making out with Diddy at a Miami Beach nightclub, she's cuddling with endangered species, rifling the feathers of animal rights activists.

In a recent Harper's Bazaar spread titled "The Animal Nursery," Upton and other models cozy up to baby tigers and monkeys. See some of the photos below.

The photos set off PETA, who told Fashionista.com that:

The gibbon featured in the photographs is an infant and should be with his mother at all times. Besides the emotional trauma that he has undoubtedly suffered as a result of the separation, his delicate immune system is still developing, and he is susceptible to illnesses that humans carry. All the animals in the photographs are endangered and should be protected, rather than being treated like props.

Maria C. Tabraue, ZWF's director, told HuffPost Miami the organization didn't have time to comment on the controversy as they "have much more important things to do here such as: tending to our animals."

According to their web site, ZWF is dedicated to raising awareness about rare and endangered animals with the hope of "preservation and progagation[sic] of these creatures."

The organization says it adopts abused, unwanted, neglected or confiscated exotic wildlife as well as offering animal rental. "Well-trained and composed animals are the life of any event," according to their Facebook page.

Tabraue did tell the Daily Mail that their animals -- like the three-month-old tiger and the seven-month-old gibbon photographed in Harper's -- have two full time veterinarians, and "get the same respect, love and passion as a human being."

She added that the animals were always accompanied by professional, licensed handlers during the shoot at Flamingo Gardens.

"These animals in no way, shape or form were stressed," a ZWF spokesperson told E! Online, adding that the production company even provided an air-conditioned trailer for the tigers and monkeys.

However commenters at Fashionista.com were outraged at the mere presentation of the protected species:

“Endangered primates as accessories?! Makes the model unattractive, the stylist talentless, and the magazine more valuable as toilet paper," one wrote.

The spread will appear in Bazaar's international editions. View the full story on their website. 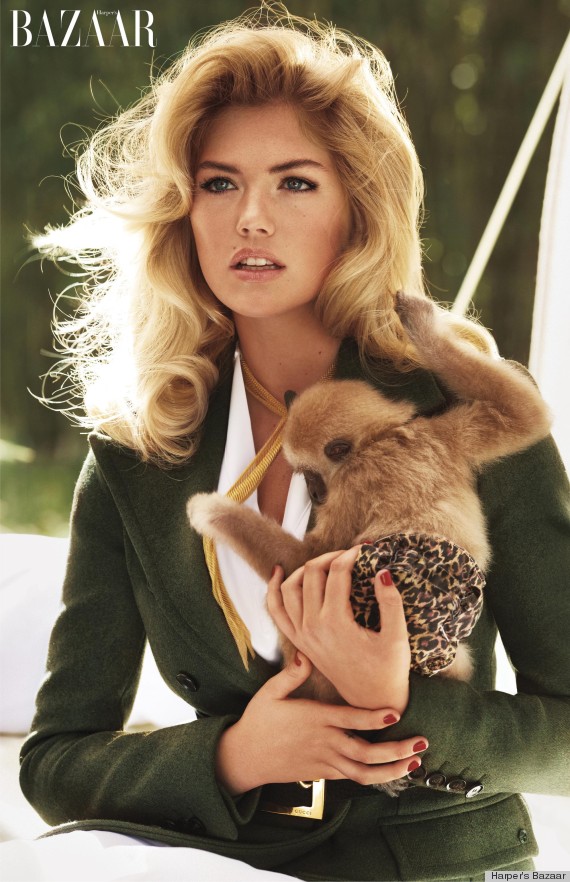 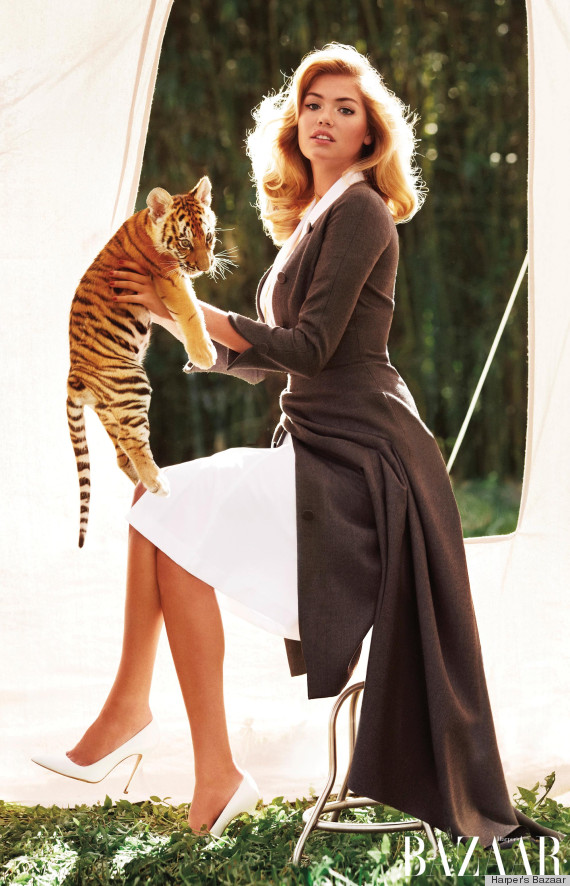 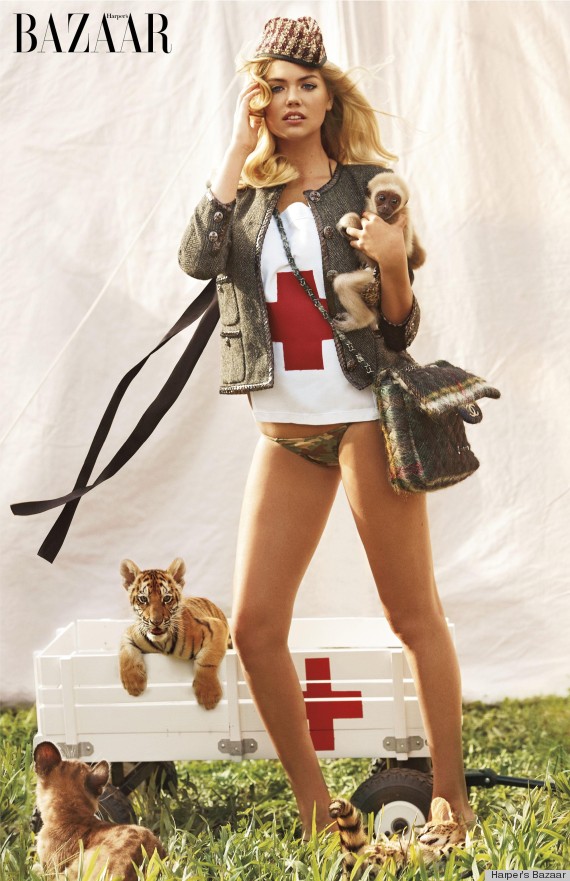