Hold the phone. Is Kate Upton really making it in the high fashion world?

The Sports Illustrated swimsuit model has become well-known for her, uh, jiggly pasttimes, including a Sexy Popsicle™ GQ cover and dancing for Terry Richardson's camera.

But lately, the 20-year-old blonde stunner has been making inroads into the snootier high fashion community, most notably by fronting the debut issue of ex-Vogue Paris editor Carine Roitfeld's magazine CR Fashion Book. (Although said cover also involved a video of Upton straddling a man dressed like a unicorn.)

Something must be working, because the bikini model continues her attempted ascent into the highbrow in the French fashion glossy Jalouse, where she graces the October cover swathed in a hefty amount of thick fabric. (As if the editors realized that we do have to recognize her somehow, she does show a little cleavage.) Inside, however, Kate goes full-on couture cool for Alexei Hay's camera, suiting up in thick wool Prada coats, Burberry hats with neck drapings, bicep-length gloves and (gasp!) tights. The whole thing reminds us of Upton's recent Vogue shoot: all bulky plaids and swimsuit-free.

Check out the editorial below and tell us how you prefer your Kate: bikinified or button-up? 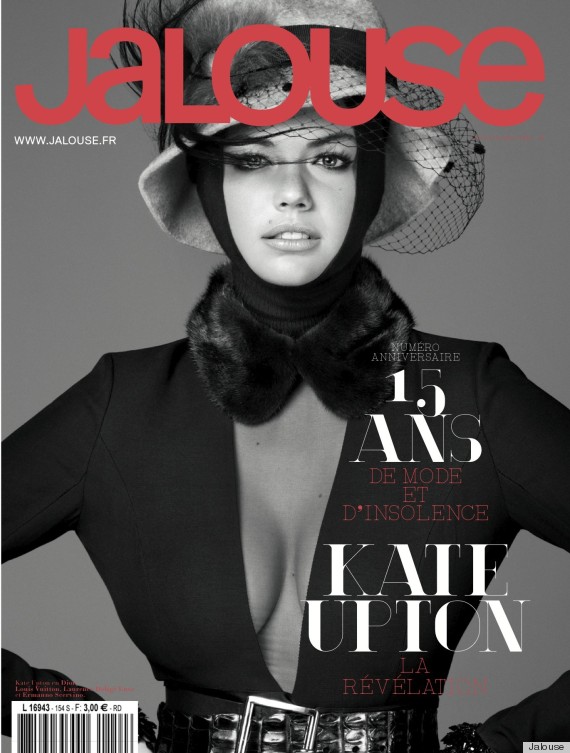 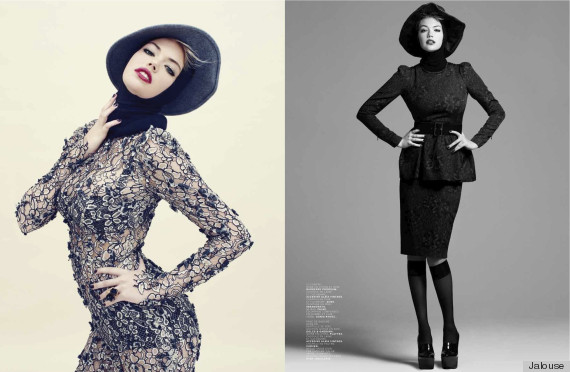 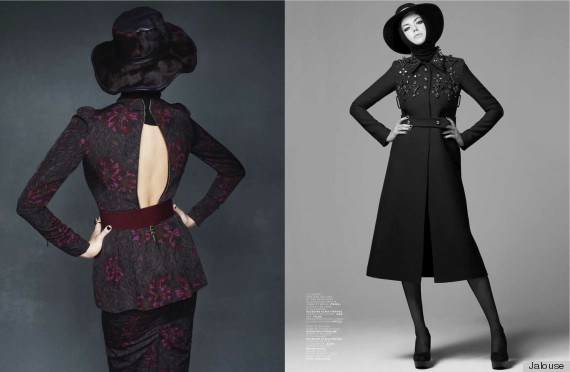