Kate Upton fans got whipped into a frenzy this week upon seeing Upton's face (and body) back in the Victoria's Secret catalogue. Thank goodness, everyone exclaimed, the lingerie brand finally came to its senses and rehired the top model after disparaging her in 2012.

Except that the new Kate Upton catalogue picture is old. The New York Post reports that the back cover photo, first noticed by Buzzfeed, is actually from Upton's 2011 Victoria's Secret shoot. E! News notes that "a source close to VS" told them the same.

The Post adds that Upton is "furious" that the lingerie brand ran the old photo without notifying her first.

Upton would have every reason to be annoyed. In 2012, Victoria's Secret casting agent Sophia Neophitou went on the record saying she would "never use" Kate in a Victoria's Secret Fashion Show. "She's like a footballer's wife, with the too-blond hair and that kind of face that anyone with enough money can go out and buy," Neophitou told the New York Times.

Harsh words, especially considering Upton had already modeled for Victoria's Secret in catalogues. Since then, obviously, Upton's popularity has skyrocketed on the heels of her consecutive Sports Illustrated covers and high-profile Vogue shoots.

We've reached out to Victoria's Secret. In the meantime, Upton hasn't said a peep about the brouhaha on Twitter.

Check out the photo in question below.

UPDATE: Victoria's Secret has confirmed to us that the photo "is from a previous shoot." 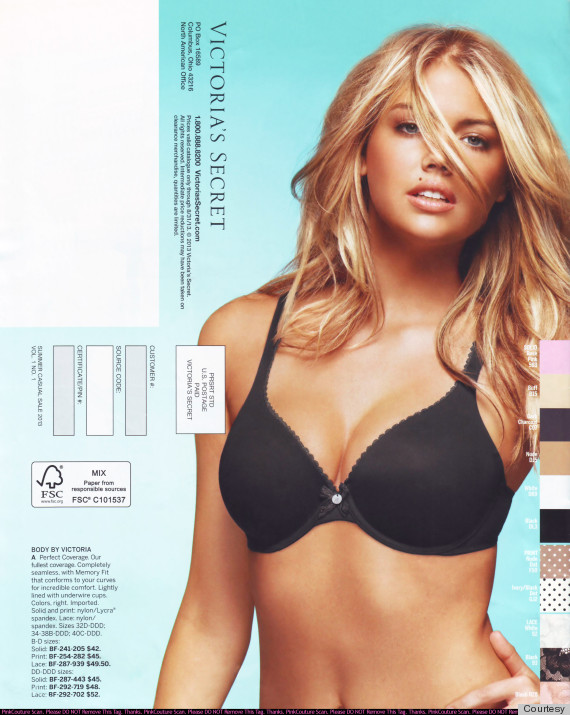