Novelist Theodore Dreiser once said "Art is the stored honey of the human soul, gathered on wings of misery and travail." Galvin Scott Davis' timeless new film, Daisy Chain, a five minute animated short narrated by Academy Award winning actress Kate Winslet, was born from misery and travail, and is the most stirring recent example of art communicating the subject of anti-bullying. Appropriately, the Tim Burton-esque, hand-drawn Daisy Chain has been released during National Bullying Prevention Month, and in its first week has been downloaded 100,000 times. Proof that art is often the best way to speak to the masses.

Daisy Chain was created by Australian writer/director Galvin Scott Davis after his nine year old son was bullied. He told his son "Bullying is for people with no imagination." Davis' son invited the bully, both comic book fans, to create a comic book with him and a friendship grew. A passionate storyteller (as well as director of Sydney-based digital media firm, http://www.protein-one.com/) Davis began developing Dandelion, an anti-bullying children's book and app that went on to become a top-seller on iTunes, and winner of several awards. Davis then teamed up with Screen Australia to create the whimsical Daisy Chain, about a little girl named Buttercup bullied by older girls in a playground.

We were both being costumed for Hamlet and Kate had asked if I wanted a career as an actor. I said, 'I want to tell stories. I want to write and direct.' Then she said, 'If I have one piece of advice I can give you, it's to never give up.'

Winslet was Davis' first and only choice to narrate Daisy Chain, and he even put the project on hold for a full year until she was available. Because as he notes "there was no better voice."

His patience paid off. When Winslet read about the project, it spoke to her as a mother. The actress has also admitted that bullies made fun of her appearance growing up. As an adult, she has made it her mission to help build self-confidence in others. Davis was right. There was no better voice for Daisy Chain.

A moment from Daisy Chain (Courtesy of Screen Australia) 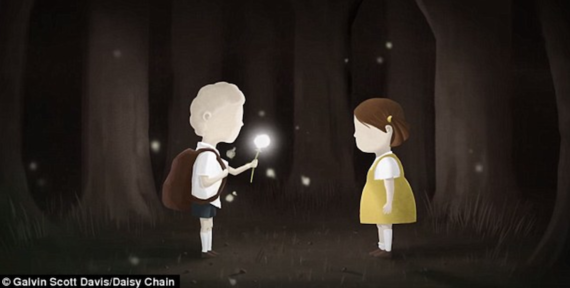 Davis says the hope is to see Daisy Chain (which is now also an illustrated children's book, App, and character figurines) grow into an animated feature film in the vein of Coraline. A percentage of the proceeds from the Daisy Chain products are split between three international anti-bullying organizations: U.S. based Pacer, Bully Zero Australia Foundation and the U.K's Anti-Bullying Alliance. 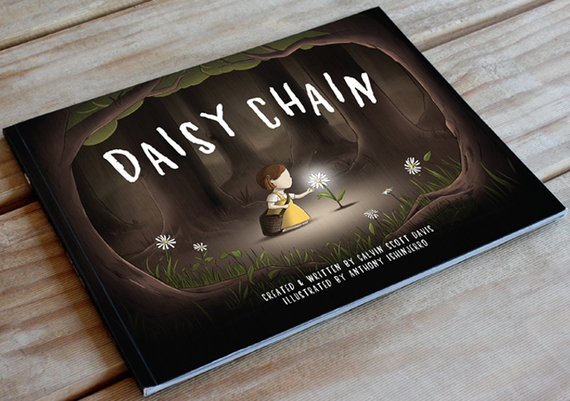