We'll never forget watching "Titanic" and wondering why on earth Kate Winslet's Rose left the dreamy Jack Dawson (Leonardo DiCaprio) to freeze in the Atlantic ocean WHEN THERE WAS PLENTY OF ROOM FOR BOTH OF THEM ON THAT DOOR. (We still haven't recovered from the rage, obviously.)

As it turns out, Winslet feels the same way -- though, not as angry.

During her appearance on "Jimmy Kimmel Live!" Monday night, the Oscar-nominated actress revealed that she, like all of us, thought Rose could have saved poor Jack from his icy fate.

After Kimmel pointed out that she basically let Leo freeze to death in the water, Winslet admitted, "I agree. I think he could have actually fit on that bit of door."

But alas, we were left to witness this heartbreaking scene:

When all we really wanted was more of this:

And maybe some of this: 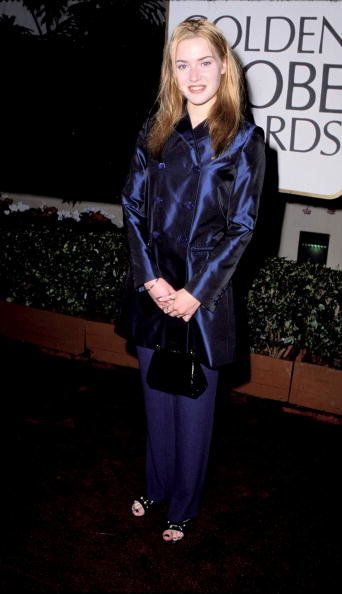