As actress Katharine McPhee starts the next chapter of her performance career in NBC's new musical drama Smash, all eyes will be on her as her character vies for the role of Marilyn Monroe. If McPhee looks familiar, that's because six years ago the brunette beauty made headline news when she was up against Taylor Hicks for the title of American Idol and in a no-win battle with bulimia.

McPhee's five-year history of binging and self-induced vomiting is no secret. The American Idol wannabe became a beacon of hope for the millions suffering from an eating disorder when she opened up to People magazine about her shameful secret of vomiting as many as seven times a day. Back in 2006, when she realized her disorder was literally eating away at her vocal cords, she signed on for three months of intensive treatment at Los Angeles' Eating Disorder Center of California.

By the end of that earlier chapter, the American Idol runner-up had stopped binging and started eating in moderation. "I'm definitely not completely healed," the singer told People. "I still have to be really cautious of diet mentalities, like "Oh, I shouldn't eat this because I have this event coming up."

As a therapist specializing in eating issues, I'm all too aware of the pervasive cultural pressures to be perfectly thin. So when I heard McPhee would be stacked up on the little screen against America's biggest sex symbol, I couldn't help but wonder how she's handling those pressures.

I've never met the 27-year-old actress, but I was genuinely concerned about her, which is why I put in calls to the two eating disorder experts who played key roles in her recovery: Evelyn Tribole, the coauthor of "Intuitive Eating," the book McPhee credited with helping her learn to eat normally, and Carolyn Costin, who runs multiple eating disorder centers, including the one where Portia de Rossi was treated. (If you missed my interview with Costin about de Rossi's recovery, here's the link to that blog.) What follows are questions and answers from those recent long-distance conversations. 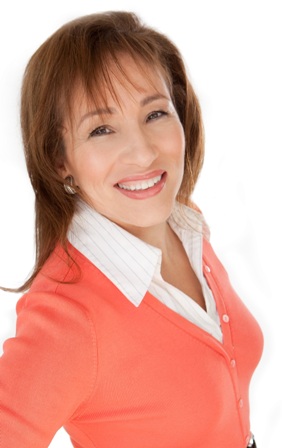 Evelyn Tribole is a registered dietitian with a nutrition counseling practice in Newport Beach, California.

Q. In the People magazine interview, Katharine McPhee said she'd stopped binging, but wasn't "completely healed." What are your thoughts about her recovery?

A. We've never met, but the fact that she was able to markedly decrease her eating disorder behavior while underneath all that stress [involved in the American Idol competition] was very promising. But it was just the beginning; I wouldn't expect someone to be completely recovered. One of biggest mistakes people can make is to underestimate the vulnerability you have after completing a program. We know from research that recovery takes from two to seven years.

Q. What are your thoughts about Katharine playing Marilyn Monroe, the quintessential American sex symbol?

A. When life gets very stressful, by choice or circumstances beyond your control, it's important to take extra measures to support your recovery. The irony is that many people have used Marilyn Monroe as an example of a woman with curves. Women with bigger, curvier bodies used to be viewed in a positive light. So maybe this could be a positive.

Q. Do you have any concerns about someone who's struggled with an eating disorder as Katharine has dealing with all that public scrutiny?

A. I've watched Katharine from afar, thinking: "Wow! The pressure she must be under." So many of my patients have issues around internalizing the thin ideal, but when you're a celebrity and your picture is being taken a million ways, that reinforces your worst fears. I've worked with actors and models, and I'm always concerned about their industry because it can really be cruel, beyond triggering. But as long as they've got their support systems in place, and their eyes wide open, then they can protect their recovery or decide if the environment is just too toxic for their health and wellbeing. In some cases, it's important to ask: Is this [job] worth the risk of your recovery?

A. Three things: 1) Make sure you have all your support systems intact; have your heavy metal jacket on. 2) Remember that no one should be the expert of you. Only you know your thoughts and feelings. Only you can focus on what's really meaningful for you. 3) Be aware of the red flags that indicate you're going down the path of an eating disorder. Be painfully aware.

Q. Anything else you want to say?

A. With the ancient practice of Chinese foot binding, women really believed that if they didn't raise daughters with tiny feet, they wouldn't get the family; they wouldn't get the money, they wouldn't get the guy. Look how long it took for them to finally get rid of that practice. Wouldn't it be great if our culture finally dropped the issue of body, shape and size and instead focused on a person's talent and character. I've always wondered how much time is wasted when someone is preoccupied with their body and what they eat. [Author] Viktor Frankl said: Our purpose in life is to find our purpose. If you're being distracted by body shape, it takes you away from living a more meaningful life. 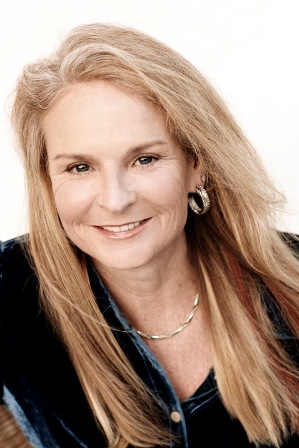 Psychotherapist Carolyn Costin is the founder and director of The Eating Disorder Center of California (EDCC) and three residential centers for the treatment of eating disorders. Costin's new book, "8 Keys to Recovery from an Eating Disorder," contains the lessons that McPhee and other EDCC patients learn.

Q. In the People magazine interview, Katharine McPhee said she'd stopped binging, but wasn't "completely healed." What are your thoughts about her recovery?

A. She was super eager, ready and willing, and stopped her symptoms sooner than most. She had a good motivation -- her voice was starting to get a little bit raspy. She knew she needed to heal that. Even so, some come with big motivations, but don't do as well. A lot of people trying to get over bulimia think: "I'll just stop eating cookies, cake and other fattening foods. I think Katharine would say [she recovered by] learning to listen to her body and eat in moderation. It's good she recognized she wasn't done. We tell people you're not going to be recovered when you walk out the door. Recovery is a process. It's been long enough. I hope she would say she considers herself recovered.

Q. What are your thoughts about Katharine playing Marilyn Monroe, the quintessential American sex symbol?

A. If she's really recovered, it's not going to be a problem. For sure, there can be a vulnerability. Sometimes, if you go through treatment and really look at your issues, you go out in the world a little bit stronger. A lot of my former clients actually handle those kinds of issues better than most. I think she might be one of those people. She has that kind of character.

Q. Do you have any concerns about someone who's struggled with an eating disorder as Katharine has dealing with all that public scrutiny?

A. Not really. Because of Katharine's exposure on American Idol and the exposure she received after that, you get a little bit of a thicker skin. Certainly, I've treated people where exposure like that is part of the problem. It's hard being in the public eye. It used to be people would follow stars to their house or hotel. These days it's to the yogurt shop. Katharine knows what she's headed for, and the way she talks about it [her eating] now, it seems like she's put those demons to rest.

A. I hope she is staying in touch with the value and regard she had for her inner self when she graduated from our program. I'd remind her that if something happens, if she starts feeling overly self-conscious about the way she looks, to reach out for help as opposed to feeling bad or guilty.

Q. Anything else you want to say?

A. People like Katharine are held up to higher standards, but she's allowed to have a bad body-image day. She's allowed to get up, put on clothes and say "I feel fat." That's the majority of American females.

Jean Fain is a Harvard Medical School-affiliated psychotherapist specializing in eating issues, and the author of "The Self-Compassion Diet." For more information, see www.jeanfain.com. Got comments on any of the above? Share your two cents in the Comments section.