Sometimes a celebrity wears an outfit that leaves us stunned. Like, literally. We have no words.

Katharine McPhee of "Smash" rendered us silent on Sunday when she showed up to NBC Universal's TCA Winter Press Tour Party in Pasadena wearing the most peculiar ensemble: black booty shorts, sheer glittery pants, a black blazer and a leather silk-lined bra by Fleur du Mal.

The leather bra-and-blazer combo would've been enough to catch our eyes, as would the sheer pants extravaganza. Together? We're just left scratching our heads (and our legs -- don't those glittery pants look hella itchy?).

We never took McPhee for a wild dresser (she's always draped in outfit-obscuring scarves on "Smash") but this outfit simply proves us wrong. Is this a DO or a DON'T? 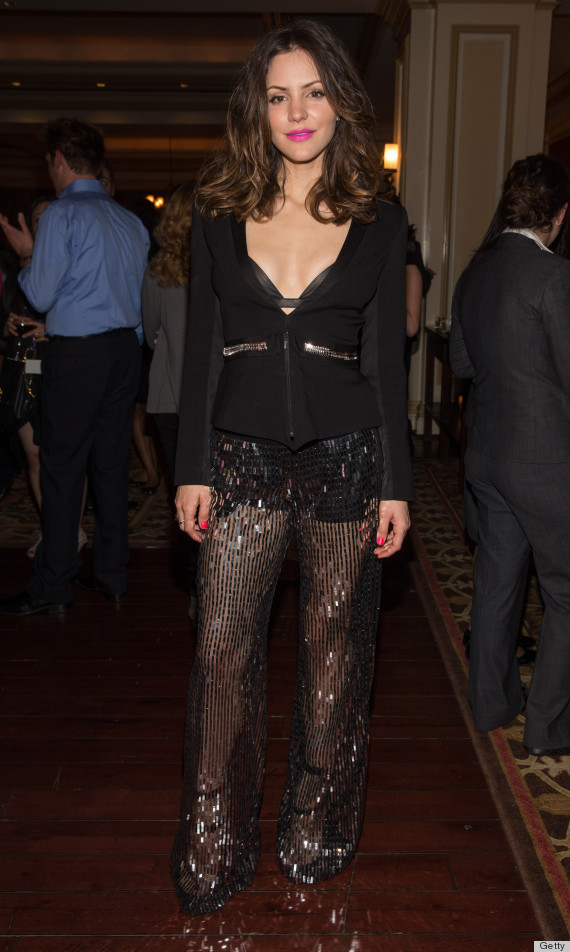 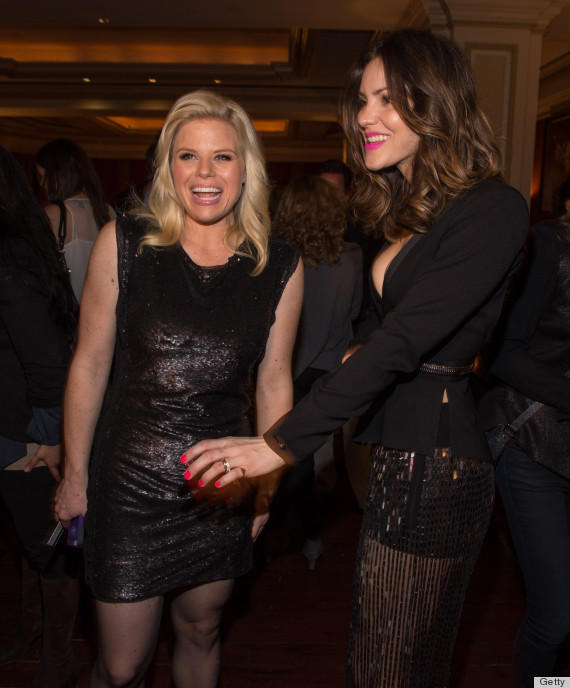