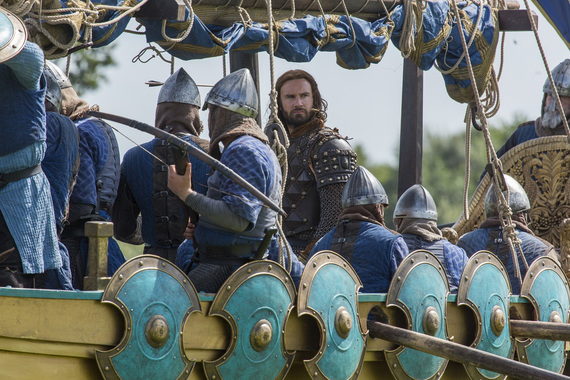 This Thursday marks History's mid-season finale of Vikings season 4 - the show that managed to break the mold for TV storytelling combined with breathtaking visuals and stellar performances. Created by Michael Hirst, this season of Vikings might be its trippiest yet. With Ragnar (Travis Fimmel) falling into a Chinese hallucinogenic's arms, Floki (Gustaf Skarsgård) experiencing out-of-body visions, Lagertha (Katheryn Winnick) developing as a ferocious shieldmaiden, Bjorn (Alexander Ludwig) going full Revenant with a bear and Rollo (Clive Standen) learning Frankish (that's the craziest plot of them all), there's no doubt we'll be in for a treat at the mid-season finale.

Hirst, who also serves as the sole writer of Vikings, has gone in great lengths in terms of adding strong subplots in the general show storyline. Vikings is not just about Ragnar anymore. Travis Fimmel might have served us with one of his best Ragnar performances this season (The "When everyone wanted you dead! I kept you alive! You hurt me, brother. And this is how you repay my love?" Ragnar quote to Rollo is still playing on my mind) but it's Katheryn Winnick, Clive Standen and Alexander Ludwig who really brought their A game in the show.

I had the chance to speak with Katheryn Winnick and Clive Standen about their characters' rapid development and the channel's decision to order 20 episodes for season 4. 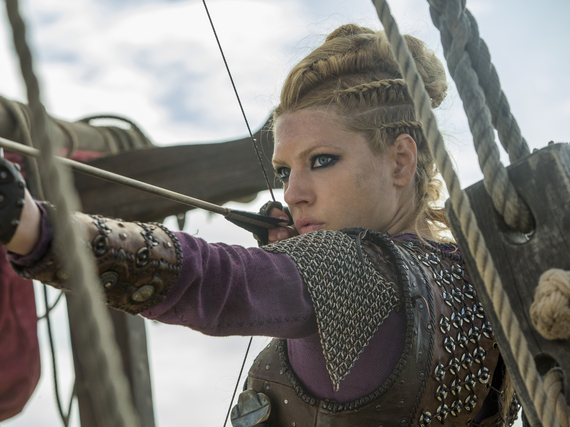 I am a great admirer of the way Michael Hirst has handled female characters such as Lagertha and it's becoming evident to me that the show has an increasing female audience now. Are there any inspiring messages you have received from your character's fans that have stuck with you?

KW: I'm still amazed and humbled how Lagertha has touched so many women from so many unique backgrounds in different countries across the globe. I still get social media messages daily from mothers and daughters who look up to Lagertha and are inspired by her. One of the most memorable was a young girl who was fighting cancer. Her father created a Lagertha shield that she kept by her hospital bed to give her the strength to get through her treatment. It's also so fascinating for me to see how many people have tattooed Lagertha on their bodies! They're stuck with me for life now.

I also feel that the script keeps taking Lagertha and subsequently, you, in places that are quite demanding. For example, Lagertha left Ragnar because he didn't do right by her and that solidifies her as a strong character. But then she ends up with an abusive Earl. What was it like for you at the wedding scene where she finally takes her revenge?

KW: Michael Hirst (writer and creator of Vikings) always challenges me as an actor and puts Lagertha in situations that test her strong will. As far as the wedding scene, Lagertha made a promise to herself and she is one to stick to her word.

What are you most proud of, looking back at the first half of season 4?

KW: I'm honored to be a part of a television show that has touched so many people all around the world. We have come very far since day 1 and grown immensely over the course of 4 seasons. We started off in one studio with one boat and a handful of key actors; now we have created an entire Viking world, and there's still a rich story to continue to explore. 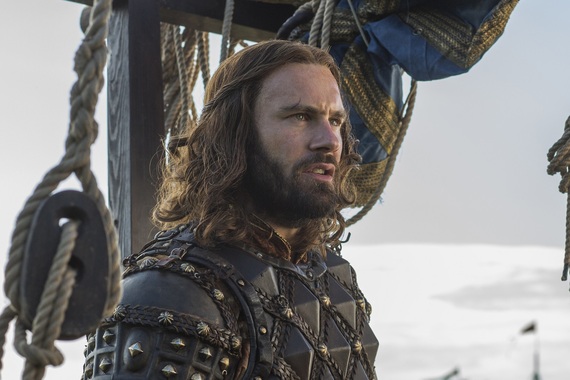 It's official that this season has been ordered for 20 episodes which must be thrilling for you and the fans of course. I know I am thrilled. Has this decision affected the filming process and the story development in general?

CS: Yes it absolutely has because usually you only think about a character arc over the course of 10 episodes. Now we have 20 episodes and it's quite freeing for me as an actor and definitely freeing for Michael [Hirst] as he doesn't have to rush. Now he can indulge a little bit more, really get in the thick of it with storylines. He's now got time to develop and write. So many great scenes he writes might not make it in the final cut because it has to be shortened into 46 minutes. It's enabled to tell Ragnar Lothbrok's story in far more detail (and what Travis [Fimmel] has done is fantastic). On the downside, double the season means double the action and by the end of 20 episodes my body needed a long soak in the bath!

It's not the first time we see Rollo and Ragnar confront each other. What do you think is different this time from your character's perspective?

CS: The first time around (in season 2) he thought he had the confidence to exact revenge with Jarl Borg, and to finally be equal with his brother. But he couldn't go through with it because of his love for his brother. This time around, he still loves his brother, but it's not about Ragnar at all - it's about following his destiny. This has to happen and Rollo understands that he may even have to kill Ragnar in order to secure his legacy in Paris. This definitely does not come easy for Rollo and it is very difficult for him to grapple with this betrayal but it is something he knows he has to do. From Rollo's point of view, this is about him coming into his own, conquering his demons and following his own destiny.

Rollo's character development has been quite dramatic in season 4. Is it easier for you as an actor to play the ruthless Viking or the Frankish noble version of Rollo?

CS: It's been JUST as hard. I always concentrate on getting under the skin of the page. Learning the etiquette of the Frankish Court has been a massive challenge. Becoming more cerebral/contained in court and of course learning Frankish has been quite difficult. We all know the story of "prince to pauper" (or even Neanderthal to Duke) but for Rollo he went from pauper to prince, or more appropriately put Northman Berserker to Duke of Normandy.

Catch the mid-season finale of Vikings on Thursday, April 21st at 10/9c on History.
Watch the promo below: