In 1967, a runner named Kathrine Switzer entered the all-male Boston Marathon under the name "K.V. Switzer," making her the first registered woman to run the race. Switzer was attacked during the race by a marathon official, a picture of which Reddit user Sir_ImP posted today.

Despite the harassment, Switzer finished the race, and five years later women were finally allowed to run the Boston Marathon. 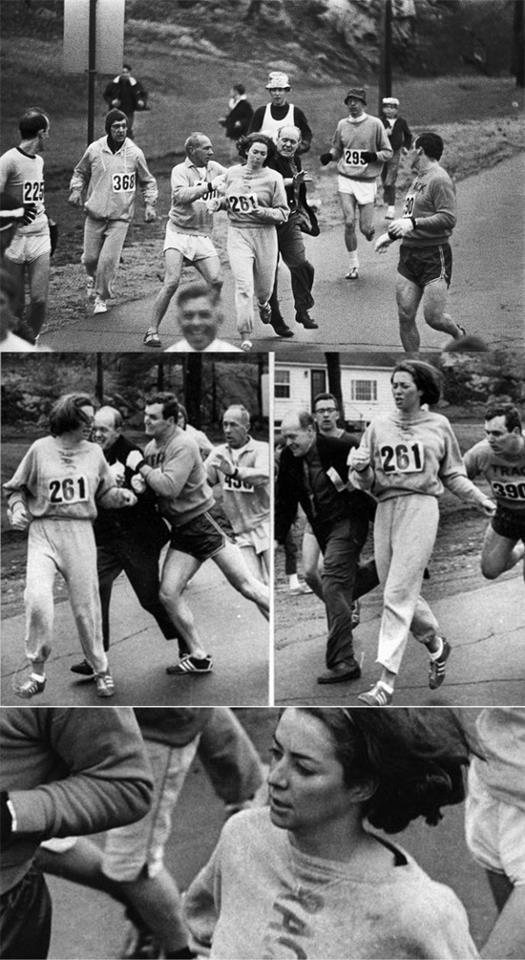