Out magazine continues to roll out it's 2011 Out 100, which honors the 100 LGBT people of the year. Today the magazine names comedian Kathy Griffin and "Modern Family" star Jesse Tyler Ferguson as honorees on this year's list.

The theme of this year's Out 100 is iconic portraits from the 20th century and finds Griffin and Ferguson channeling the famous Rolling Stone image of Janet Jackson.

In 2011, we were reminded of the extraordinary power of the individual to inspire and motivate by example. A gay intern helped save the life of U.S. Representative Gabrielle Giffords; a young transgender student was crowned high school prom queen; a New York City lawyer became the first openly gay man appointed to the federal bench; and an air force officer, who helped found an undercover group of 4,000 LGBT active-duty service members, was free to come out -- along with tens of thousands of his colleagues. These four courageous people are all honored in this year’s Out100, with many others who have inspired and moved us.

They include legends such as Larry Kramer -- whose 1985 play, The Normal Heart, received a stunning revival on Broadway this past season -- as well as iconoclasts, like Justin Vivian Bond and Sandra Bernhard, and newsmakers, such as Chaz Bono, whose participation in the most recent season of Dancing With the Stars was as groundbreaking as it was stirring.

To pay homage to their individualism, this year's portfolio is inspired by iconic portraits of the 20th century, from Richard Avedon's image of a shaving Marlon Brando and Robert Mapplethorpe's Patti Smith to Herb Ritts's Madonna and Harry Benson's timeless portraits of the Beatles pillow-fighting. 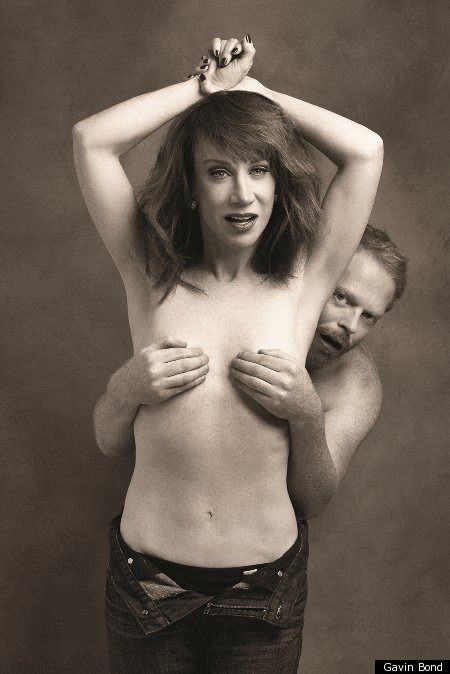 Other stars already announced include Adam Lambert, Chaz Bono, Andy Cohen, Dee Rees and Dan Savage. For more honorees who have already been announced, head to Out's website. The full list is due out on Thursday.

We'll have more from the Out 100 later in the week, including a report from the magazine's star-studded celebration taking place Thursday night in NYC.

Correction: Previously this story identified Herb Ritts as the photographer of the Janet Jackson photo. He was not.