As promised and trumpeted in a press release, Kathy Griffin had a public pap smear to raise awareness, cameras rolling.

Griffin, in a blue bikini, underwent the poolside pap for her show "My Life on the D-List." She showed off the vagina bedazzling, aka vagazzling, she also touted.

She had a row of blue stars along her bikini line and a hint of some silver crystals down further. Only her doctor was privy to the rest. 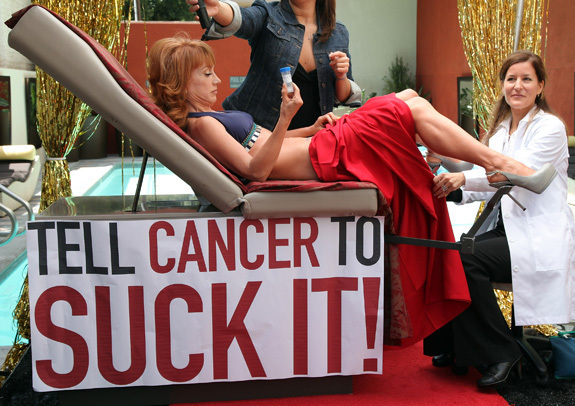 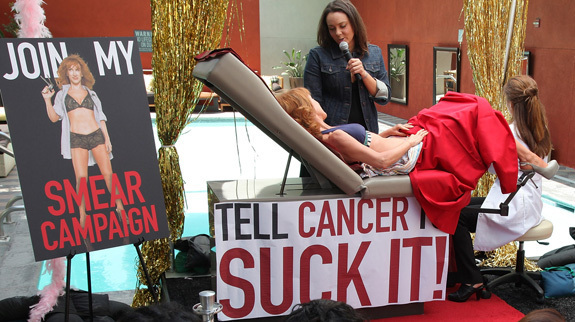