Kathy, that you, girlfriend? Though we had to do a double-take, the woman pictured in these photographs taken Wednesday is indeed Kathy Griffin. The 51-year-old comedian was photographed makeup-free and going for a walk at Hollywood's popular Runyon Canyon with her 33-year-old boyfriend, Randy Bick.

Her fresh-faced appearance is all natural, Griffin has insisted in the past. "I SWEAR I haven't had anything in YEARS! Promise.No Botox, fillers NUTHIN!" Griffin tweeted at a fan in June.

Oh, and about her boy? "He's a really nice normal guy with a nice normal job who doesn't care for the spotlight, and I like it that way and he does too," Griffin said about Bick, whom she met in October 2011. 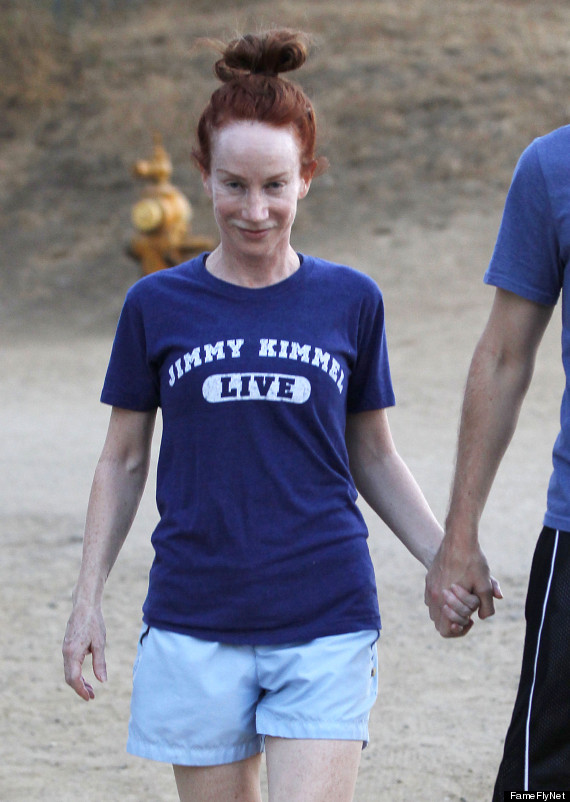 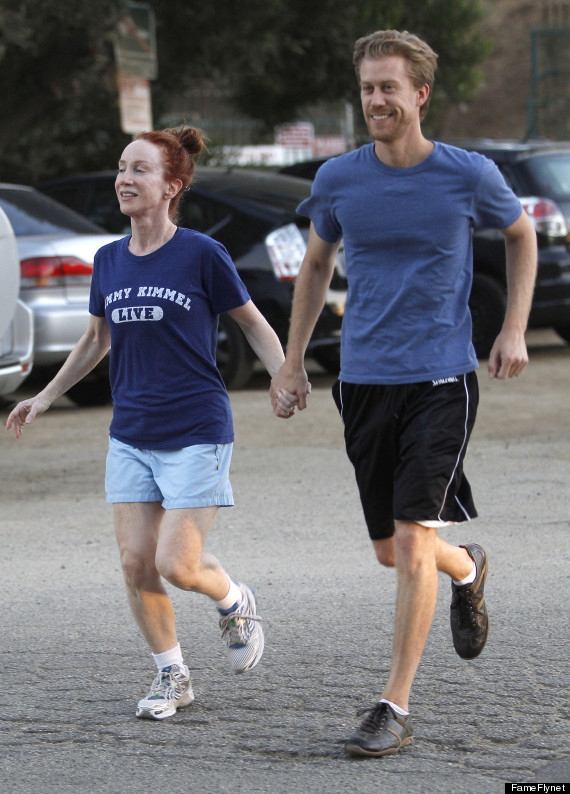