It's been clear since the first season of FX's fantasy football show, "The League," in 2009, that Katie Aselton's character, Jenny, knows as much about football as any of the men -- maybe more. Once the brains behind her husband's team, she now manages her own and isn't above trickery to get the roster she wants. The show returns for its fourth season on October 11. Aselton spoke with HuffPost Women about the new addition to her TV family, her view on profanity and the two films she wrote to give herself interesting roles.

At the end of season 3, Jenny announces she’s pregnant. How much of a role will the baby play in this season?
Well, if you do the math, from the end of the last season to the beginning of this season, it is almost exactly nine months. So the idea of Jenny having a baby is very prominent in the premiere episode. I'm trying not to let that distract me from my A-game, which is really my priority.

You also had a baby earlier this year…
It was just a happy coincidence, although it didn’t do me any favors because I had the baby and then I came to work and had to put on a prosthetic stomach, which is sort of just a sick joke.

Jenny is really into football, and she’s also very feminine. Was it important for you to show that women can be both?
I don't think I really thought about that. I just thought about being as natural as I possibly could and having fun with it. I'm sort of a guys' girl anyway, and it's fun to play both sides of that. Jenny’s got a lot of wish fulfillment in her. She’s like every guy’s dream and every girl’s dream. She’s not intimidating to girls because she’s not devastatingly beautiful and unattainable. She’s friendly and sweet and funny and sassy. [And] guys want a girl who wants to watch football and drink beer.

How similar are you to her?
I am not nearly as good at fantasy football as Jenny is. I do not have the bank of the players' names at the tip of my tongue. And I love Jenny and Kevin's marriage, [but] I don't think I could be in that marriage. They have this great give-and-take with each other, but they really give it to each other. I think if my husband [filmmaker Mark Duplass, who also appears on "The League"] ever said some of the things that Kevin said to me, I would totally cry.

You do a lot of improv on "The League.” Have your castmates ever been shocked by what’s come out of your mouth?
There was a take -- it was on the blooper reel of last season -- where Ruxin [Nick Kroll] is giving me some sort of sh*t, and I just very quickly told him to f*ck off. It stopped the entire scene. He was like, "Whoa! Okay." I love profanity, but I think if it's used too much, it just sounds a little trashy. I think it's more effective when it's dropped intelligently. I like intelligent profanity.

The cast has its own fantasy football league, which you won the first year. Are you sneaky like your character?
I’m a little sneaky. Last year -- I think it was last year -– we heard about someone getting injured, and while they were setting up the shot, I literally picked up his replacement. I was like, “Hold on, guys, real quick, one sec…” and I picked up the person right then. I kind of got in a little bit of trouble for that.

When you wrote your first movie “The Freebie,” you said it was because you were tired of waiting for the phone to ring. Has that changed in the past few years?
A little bit. But it’s so funny because I shot “The Freebie” and then as soon as we finished, I got “The League.” For once I was getting a role I really wanted. But this business is tricky with timing, so sometimes the roles come to you and then you can’t do them because you’re working on something else. And you find when you have a window, that’s not always when the jobs that you want are available. A year ago, I had another window so I was like, “What’s a role I haven’t played? I’d like to do something like an action-thriller.” So I made another movie ["Black Rock"] to give myself another cool role. It is coming out in the spring.

What interested about doing an action movie?
I have always had this secret fantasy of being a Bourne girl or Bond girl, and I’ve never even gotten called in on one of those roles. So I was like, “Well, I still can.” It ended up being a really cool project –- it’s like "Deliverance" with girls. Kate Bosworth and Lake Bell are two of the raddest girls I’ve ever worked with. After working on “The League” for, at that point, three years, it was really fun to do something with girls.

Does it feel different working with women vs. men?
It honestly doesn’t because the guys I work with on “The League” are some of the best people I know, and the girls I worked with on “Black Rock” are fantastic. I think it could feel different. I think guys can be total douche bags, and I think girls can be total head cases. You just have to be very specific about the person you work with. And I definitely learned that lesson from my experience on “The Freebie” -- we had another actor cast before Dax Shepard, and he was a total jerk, and I fired him. I was like, “I don’t want to work with jerks.” Especially on your own projects where you get all the control, why would you work with someone that you don’t want to work with?

You used Kickstarter to fund some of the production of "Black Rock" and said you’d rather make mistakes on your own dime. How are you feeling now?
I’m ready to play with someone else’s money. 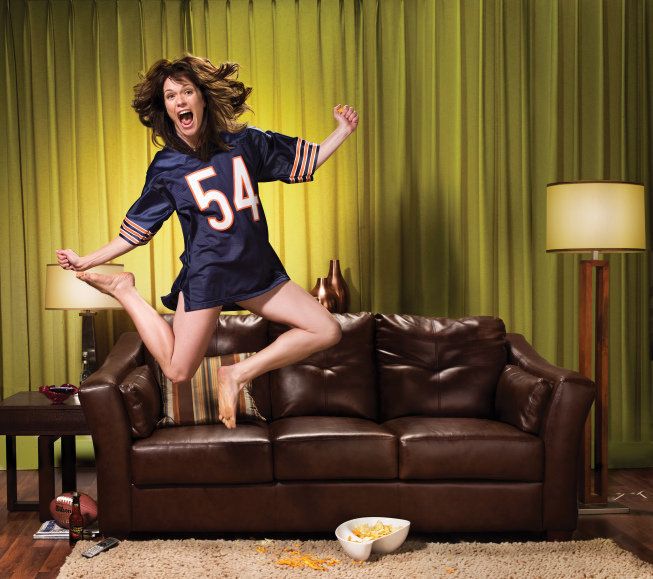