News broke last September that Katie Holmes would sign on to be the first celebrity face of cosmetics company Bobbi Brown, and now here's a look at the first of two ad images featuring the actress.

Holmes, looking quite smoldering in a smudgy, smokey eye, loose waves and a hefty tangle of necklaces, is repping the brand's new Long-Wear Cream Shadow Sticks. Those products will be available later this week, but the official campaign breaks mid-February.

With Bobbi Brown's natural approach to beauty and Holmes' equally minimal makeup look, this partnership makes a lot of sense to us. And the actress herself would agree. "I really like her philosophy that makeup makes you feel beautiful," says Holmes. And she's apparently been a longtime wearer of the brand. "I’ve always been a fan of her makeup, because it’s so easy to apply. Her color palettes aren’t extreme, so when I first started wearing makeup it felt comfortable and I didn’t feel like I had too much on, which can happen."

Check out Katie's new ad below: 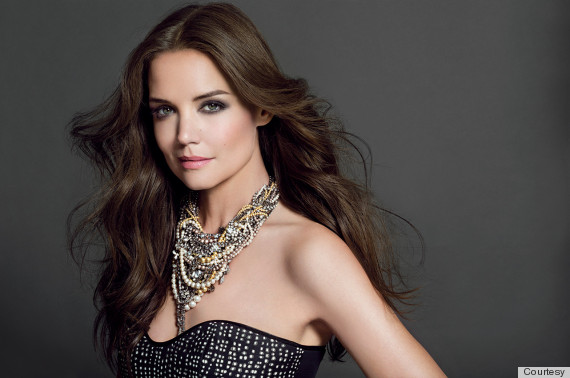 Flip through the gallery to see Holmes' style evolution.