It's been over two years since Katie Holmes and Tom Cruise called it quits, but the 35-year-old actress can't seem to escape the headlines.

In a new interview with People magazine, Holmes makes it clear that she has moved on from her TomKat days, and hopes others will do the same. "I don't want that moment in my life to define me, to be who I am," she says of her divorce and post-Cruise life. "I don't want that to be what I'm known as. I was an actor before, an actor during and an actor now."

Holmes filed for divorce from Cruise in June 2012 and the pair "amicably" signed a settlement a few weeks later. Holmes has custody of their now 8-year-old daughter Suri and the two reside in New York City.

"I'm learning every day, and I have been since the minute I became a mom," Holmes tells People of single motherhood, admitting that she has her ups and downs. "My patience has grown, but between 4 and 6 p.m. ... I mean, wow," she adds, "Between tickle fights and glitter art, I try to throw in some manners along the way."

As for her life moving forward, the "Miss Meadows" star -- who just signed on to reprise her role as Jackie Kennedy in Reelz Channel's "The Kennedys: After Camelot" -- is ready to prove her worth.

"I don't have any fear now, I don't have a lot of rules for myself, and I don't take myself that seriously," she says.

For more with Katie Holmes, pick up the new issue of People magazine, on newsstands Friday. 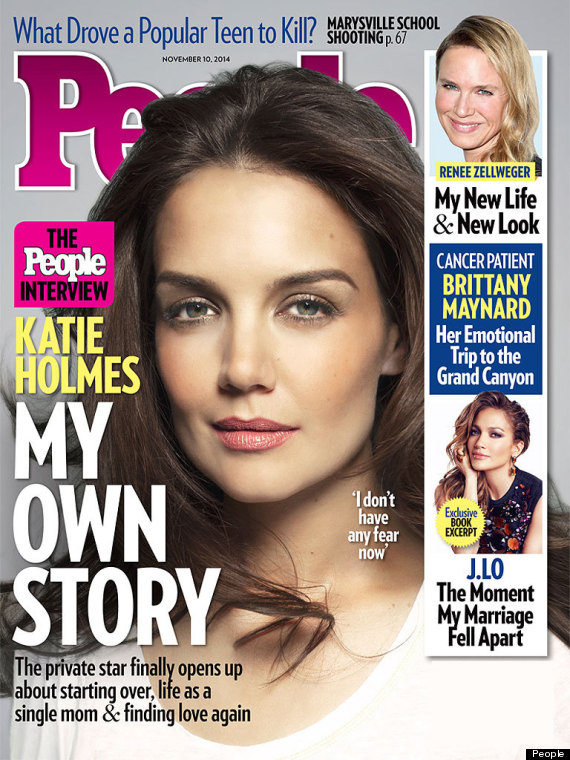