Who knew Katie Holmes and Suri Cruise were such big basketball fans?

The mother-daughter duo was spotted at Barclays Center on Sunday afternoon, taking in a Notre Dame game against Stephen F. Austin State University. Holmes wore a cream cable-knit sweater for the outing, while Cruise opted for a light pink shirt and jacket combo.

And while the pair's star power drew attention to their attendance, Twitter users couldn't help but point out the serious faces Holmes was making.

Who is Katie Holmes staring daggers at? pic.twitter.com/LroS6BEq6i

Earlier in the day, Holmes was spotted giving photogs a little side eye at the Iowa vs. Villanova game:

That's also probably the face Holmes made when people speculated she was engaged to her long-rumored boyfriend, actor Jamie Foxx, last week. Reps for both of the actors quickly shut that rumor down, telling The Huffington Post that the two were not engaged. 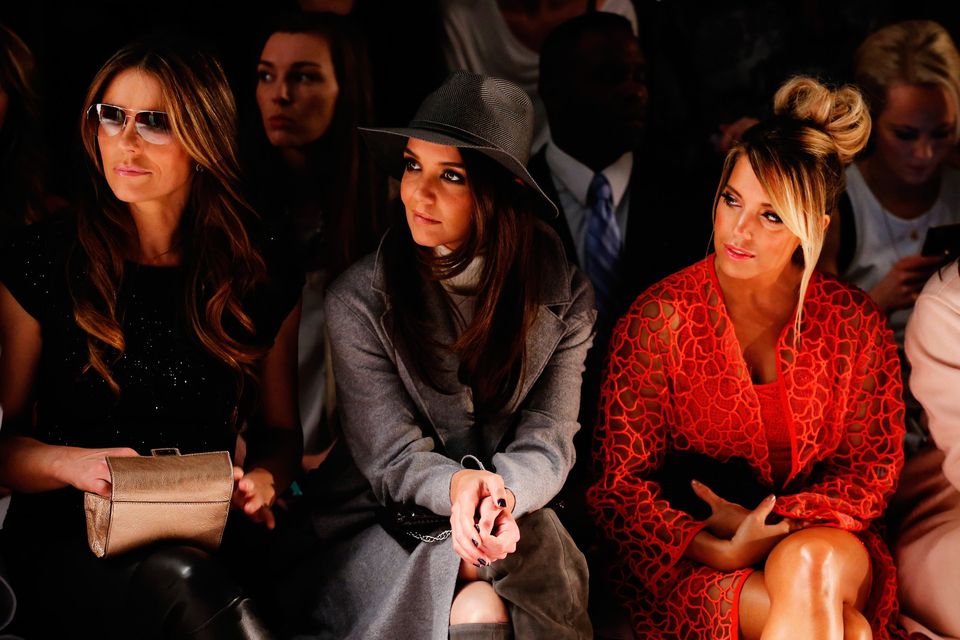