Katie Holmes has come a long way since she was pining over Dawson on the WB. The mom, Broadway star and acclaimed actress graces the cover of Marie Claire's new November 2011 issue, and her shiny red coat reminds us less of teen soap operas and more of Carmen Sandiego. Anyone?

For the cover story, Holmes is interviewed by her "The Romantics" director Galt Niederhoffer, reports Fashion Week Daily. For the high-fashion photo shoot, Holmes slipped into styles from Michael Kors, Vionnet and No. 21.

Katie says in the interview that she's looking forward to her future plans:

"[I feel ready] for the next chapter of my life. I'm excited to begin a new phase: roles I might have been afraid to play before, places I want to travel to with my daughter. I'd like to build [a] design business. But not too fast."

Holmes most recently starred as the"Slutty Pumpkin" in an episode of "How I Met Your Mother," which will air on October 24th. She was also spotted hanging out in Pittsburgh, taking daughter Suri, 5, out for some ice cream.

Read more at Marie Claire and look for the issue to hit newsstands October 25th. 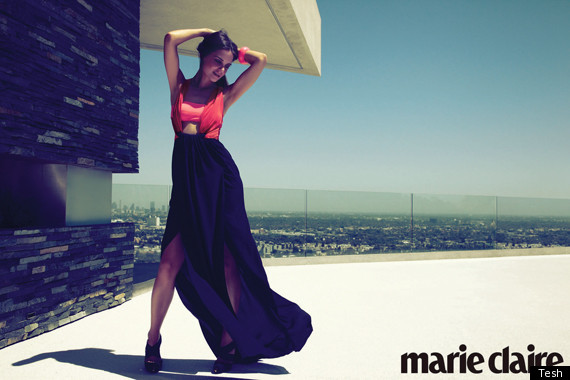 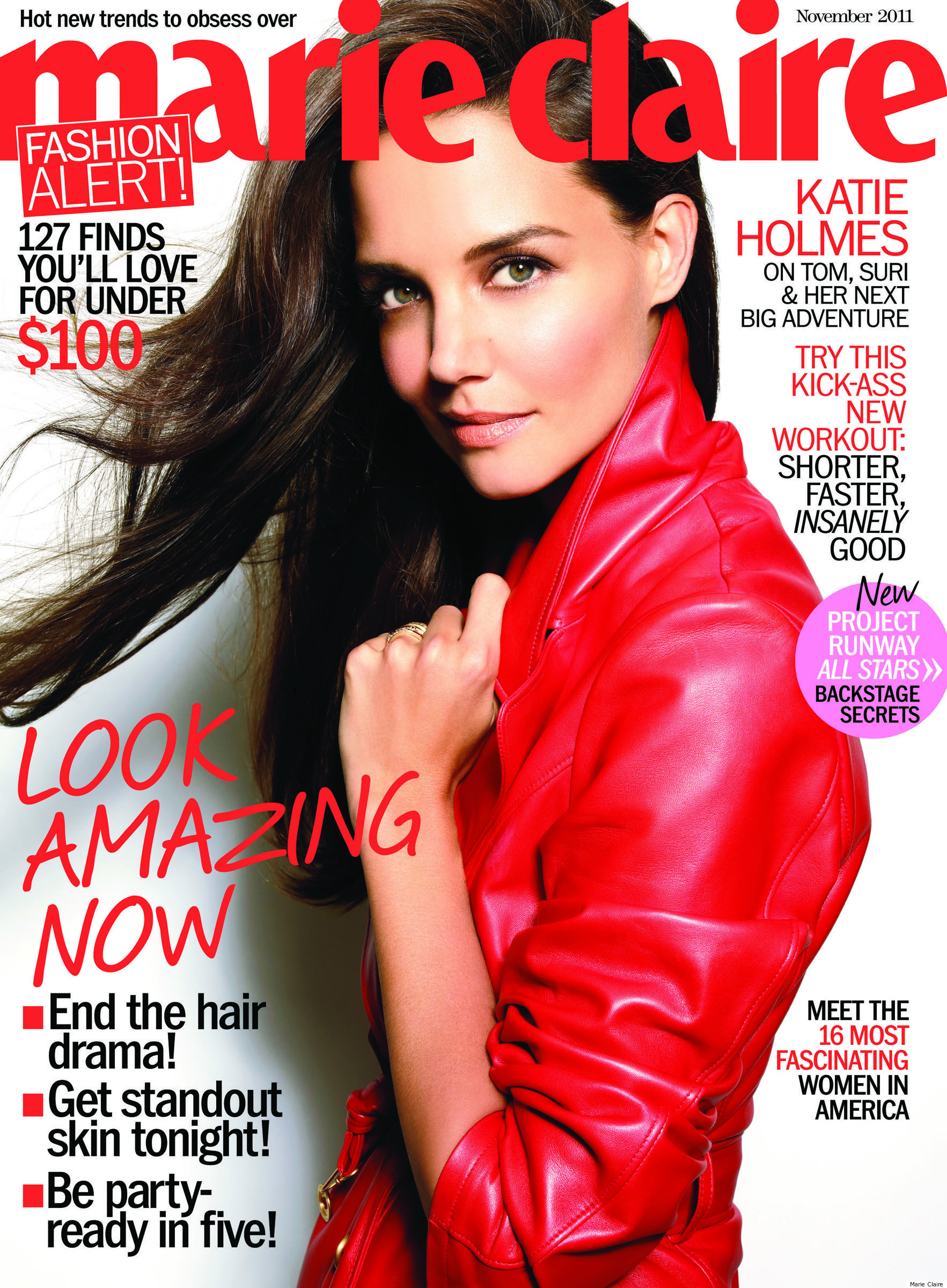