Ah, Throwback Thursday ... the day when we all dig deep into our archives to show off our younger, more embarrassing selves. And if you're a comedian or comedy fan in New York City, you might already know that the reigning queen of #TBT is comedian and actress Katina Corrao.

Corrao has a seemingly endless back catalog of old headshots that sort of say everything there is to say about what it's like to be an actor.

"When I started as an 'actress,'" Corrao explained to HuffPost over email, "I kept hearing how I should get used to being a 'character' actress, and not the girl next door or 'ingenue,' a word I had to look up at the time. I had absolutely no idea what I was doing so when my manager told me to get character shots, I took her literally … and for some reason no one, not even my manager, told me that I was DOING IT WRONG. The thing was, never was I trying to be silly or funny. The passion in my eyes was pure determination."

And who among us can't relate to that? Here are a few of our favorites from Corrao's Facebook page, which she kindly gave us permission to share, along with her explanation of each. 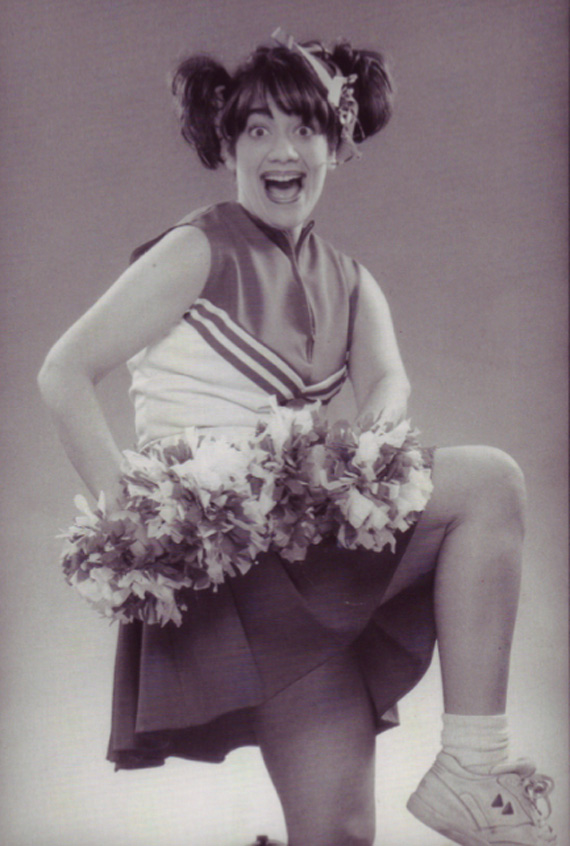 Let them see the spirited, cheery gal I am inside. Plus, I have the uniform … perfect! Every time I sent this one out I wrote … 3 “Cheers” for Katina! 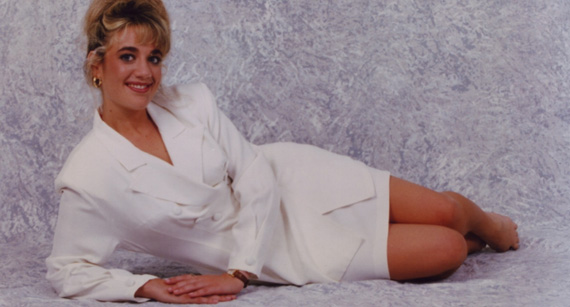 I have a sexy side and golly people are going to see it and I don’t care if I have to take my shoes off. 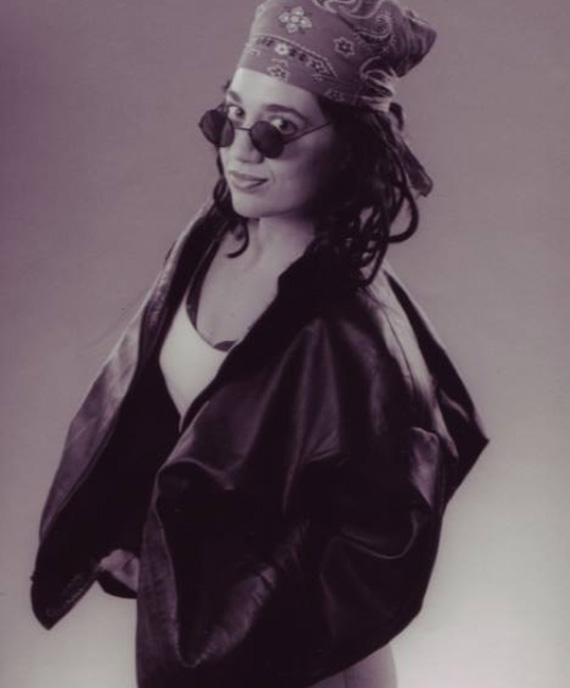 I’m not all sunshine and roses. I once wore dark lipstick with liner, dammit. 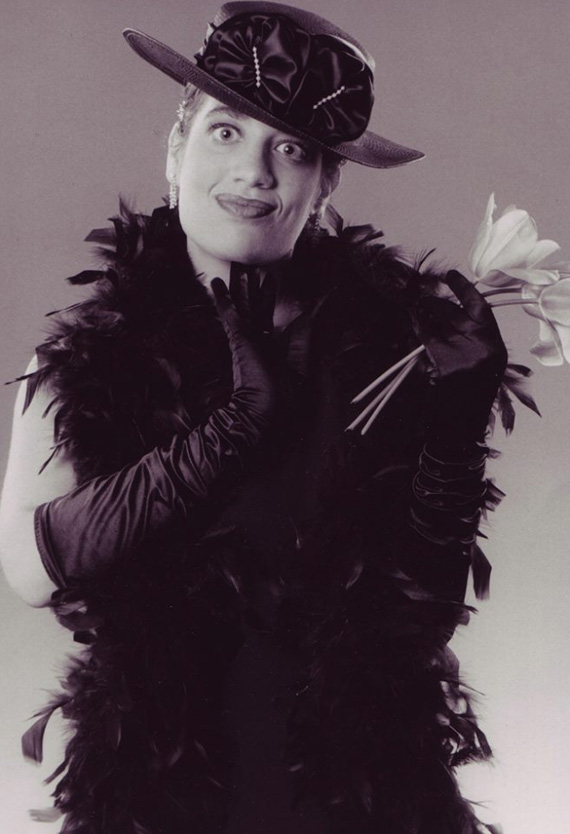 Not only am I an actress, but I’m theatrical … this boa shows you how theatrical I am. Do you see my boa? I love the “Arts." 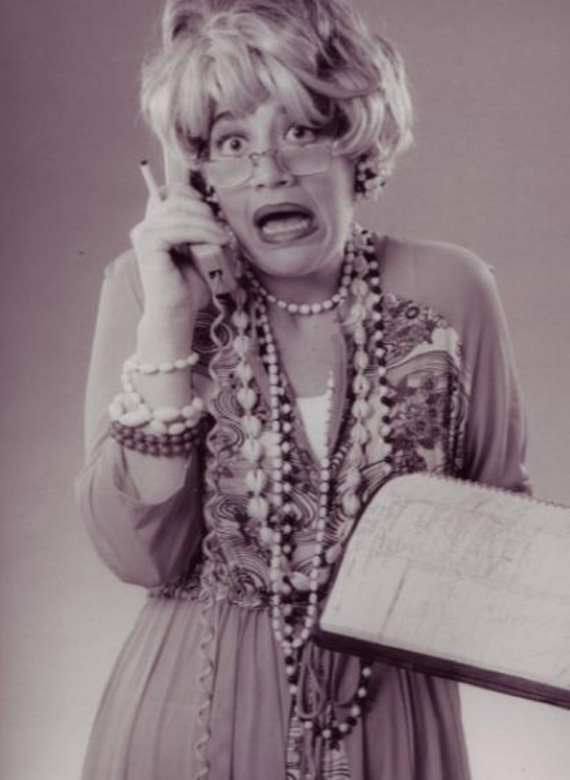 This is a character from a play I did in college. I am a woman named Cheryl who worked at her husband’s store, Bob’s Job-o-rama- and disco roller rink. (Pronounced “ROLLA RINK”) 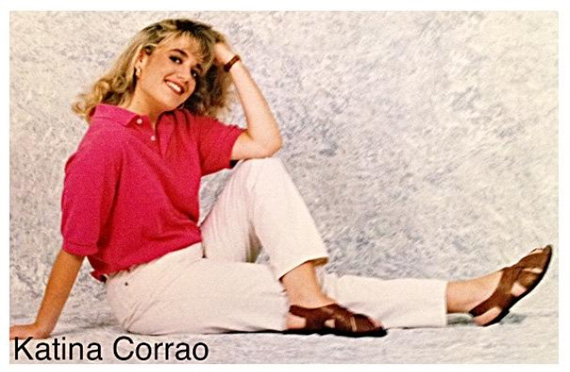 This is my fresh and clean attempt to get a Tampax commercial, something that keeps me going even to this day. I think I was told to “act natural.”

Katina Corrao can be seen hosting "Lasers In The Jungle" Thursdays at 7:00 at UCB East. You can -- and should -- follow her on Twitter here.