With the tsunami of media leading into the 10th anniversary of Hurricane Katrina on Saturday, it seems impossible that an author could come up with a new, insightful and passionate history of the 10 years after the hurricane that is not a rehash of something that has been already said.

Gary Rivlin made the impossible happen.

His book Katrina: After the Flood will be the historic book of record for anyone studying that time period or those who want to learn the politics of rationing resources when a region is starting all over again.

Gary is an unusual choice to be the definitive voice of the post-Katrina era. As he notes in Katrina: After the Flood, Gary had no personal connection to New Orleans and most of his interactions with the city had been those of a typical tourist: The French Quarter, the Jazz Fest, things of that nature. 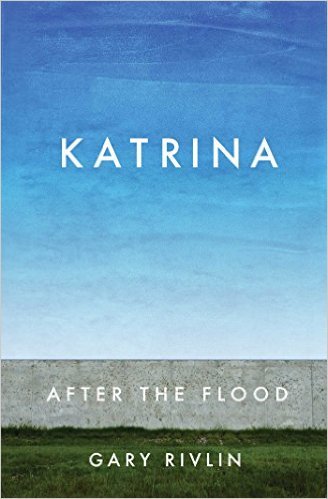 As Gary (and I) found out, the tourist lens of New Orleans is as dramatically different from how the rest of the city operates as Disney World is from the rest of Orlando. They are very different worlds.

On the other hand, Gary was an inspired choice for the role. Rivlin has the scientific background of the engineering student that he once was and the literary chops of the best-selling author he has become. He's an interesting combination of analytical and compassionate with a strong sense of social justice thrown in. Thus, in 2005 when the editors of the New York Times moved Gary from his beat covering the Silicon Valley to head up the newspaper's coverage of Hurricane Katrina, they knew that Rivlin was the one reporter who could immediately adapt and start digging into one of the great stories of the 20th century. Not just reporting the day in and day out, but opening up "the rest of the story."

In politics and business, the real decisions are made outside of the media glare. Katrina: After the Flood shows how incredibly true that was in post-Katrina New Orleans.

Gary is a good friend, a journalism mentor and a writer I truly admire. Thus, I have read, several times over, every book and most of the magazine articles that Rivlin has written. Gary once told me that his love of journalism was fueled by his insatiable curiosity to learn about new and usually different subjects. To paraphrase an outstanding feature about Rivlin that Michael Miner wrote for the Chicago Reader, Rivlin doesn't just get a subject--he owns it.

Until Katrina, Rivlin's great masterpiece was his first book, Fire on the Prairie, which documented the rise of Mayor Harold Washington in Chicago and the politics of race in that city. An important book from a historic time as the environment that produced Mayor Washington ultimately gave us President Barack Obama.

I'm vocal and passionate in the fight against payday lenders so Gary and I connected in 2011 when I did a Huffington Post review of Broke, USA, which is the "must read" book about payday lenders and the poverty industry.

Gary's years in Oakland and covering the Silicon Valley produced Drive-By and The Plot to Get Bill Gates. Excellent books in their genres.

I'm not sure what Rivlin will write next, but it will not suffer from a lack of topic knowledge or research by the author. 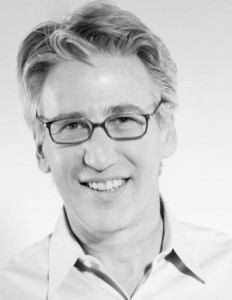 "I hear babies crying, I watch them grow
They'll learn much more than I'll ever know
And I think to myself
What a wonderful world"
-Louie Armstrong

There is a reason why Rivlin has become the ultimate perspective on what happened in New Orleans.

Rivlin had the advantage of being an outsider.

I've read studies saying that New Orleans is one of the more insular cities in the United States. It's very common for people to ask what high school a person went to and what neighborhood they grew up in. Three years ago, my wife accepted a position as an educator in New Orleans, and I commute to the city from Lexington, Kentucky. Connecting to the natives of New Orleans was an easy adjustment for me. I grew up in the Greater Cincinnati area which, like New Orleans, is predominantly Catholic, broken into many different and distinct neighborhoods where people sometimes identify by what high school they attended.

Very few of my childhood classmates moved out of the Cincinnati area. Why would they? They love the city and have no desire to go anywhere else. The people in New Orleans are the same way. They can't imagine living anywhere else, and I'm not surprised by the millions of tourists who come to see the history and unique culture of the most European city in the United States.

Thus the irony. A city not interested in change was hit with the most massive physical and cultural change in North America since the War Between the States ended in 1865.

The hurricane and subsequent flooding changed everything and gave New Orleans a chance to "reinvent itself." The dynamics of how the city has done with that reinvention is what Rivlin analyzes and chronicles in his book.

Katrina flows like a novel and the follows the path of three distinct characters. I don't know Aldon McDonald, a successful African American banker, or Joe Canizaro, a developer, but do know they are powerhouses in the New Orleans community. The third character is former Mayor Ray Nagin whose power has dissipated since he is now serving a sentence in a federal prison.

The first chapter sets up the rest of the book. Rivlin tells a riveting story of the days after the hurricane. A group of African American transit employees tried to cross the bridge from New Orleans to a predominantly white neighborhood on the West Bank and were stopped on a bridge by the local police pointing loaded revolvers and shotguns. In a few pages, you can see the incompetence of public officials at every level and a shining example of how the damage from the hurricane spun out of control to complete disaster based on poor decision making. And you see the racial divide.

Rivlin's book shows how the same racial divide that exists across the United States, in locations like Ferguson, Baltimore, Charleston and in the treatment of African Americans in the judicial and political system, plays into many of the decisions that were made in post-Katrina reconstruction.

Gary was working on Katrina: After the Flood when I started making regular trips to New Orleans, and he was essentially my first tour guide to the city. Shortly after that, I developed a friendship with Moon Landrieu, former member of Jimmy Carter's cabinet and former Mayor of New Orleans, whose son Mitch Landrieu serves as Mayor now. As I noted in a Huffington Post feature about Moon, I donated $500 to Mitch's re-election, but don't really know him. Moon has been a terrific and candid tour guide into what makes New Orleans one of the most fascinating and complicated cities in the universe.

Rivlin gives us a storyteller's perspective on where the city is positioned to go next. As we go into the 10th anniversary, the local economy is booming in many sectors and there has been an influx of young people moving into the community and making an impact. Things are rapidly changing for the city. In a world where winners and losers in the national economy are being more sharply defined, the hurricane and its aftermath made that divide overt and pronounced in New Orleans.

Gary Rivlin is hot right now and all the major publications are doing excellent and insightful reviews of Katrina: After the Flood. One of the best is one that New Orleans author Nathaniel Rich did for the New York Times Sunday Book Review section.

When Gary told me three years ago that he was writing a book about the 10th anniversary of Katrina, I came close to rolling my eyes. I thought the last thing the world needed was another book about New Orleans or the hurricane.

Don McNay, is a best-selling author and structured settlement consultant. His next book is Brand New Man: My Journey to Health and Happiness After Weight Loss Surgery, which will be published by RRP International Publishing. You can read more about him at www.donmcnay.com, or watch him on HuffPost Live.