Katrina Darling, who's a distant cousin of Kate Middleton, has used her royal connections well to her advantage.

No, the 22-year-old ex-banker isn't trying to finagle a palace to reside in or an all-expense paid education to a plum college. She's wearing crown-shaped pasties while working as a burlesque dancer in New York City -- and she just dropped... wait for it... a Playboy photo shoot.

Darling's Playboy pictorial, as we first told you back in June, comes with the magazine's September 2012 issue. Not only does she get a huge racy spread, but homegirl has landed the entire COVER. (Nice hustle, Katrina's publicist.)

There are seemingly no nudes, but there are eight pages of pics inside the issue, including a topless photo. On the cover, the brunette poses, doe-eyed, in some strappy black lingerie -- looking a wee bit Photoshopped.

And lest you have mental images of Katrina growing up alongside her famous cousin, it wasn't quite like that: Darling, who was already working as a burlesque dancer with a routine ironically titled "God Save The Queen," first learned of her royal connection just before the April 2011 royal wedding via a UK journalist. “It was the most ridiculous thing I ever heard,” she tells Playboy. “It’s not every day something like that happens.”

Darling's issue will hit newsstands August 17, where the pics will be found on Playboy's (uh, NSFW) website.

See a preview below! 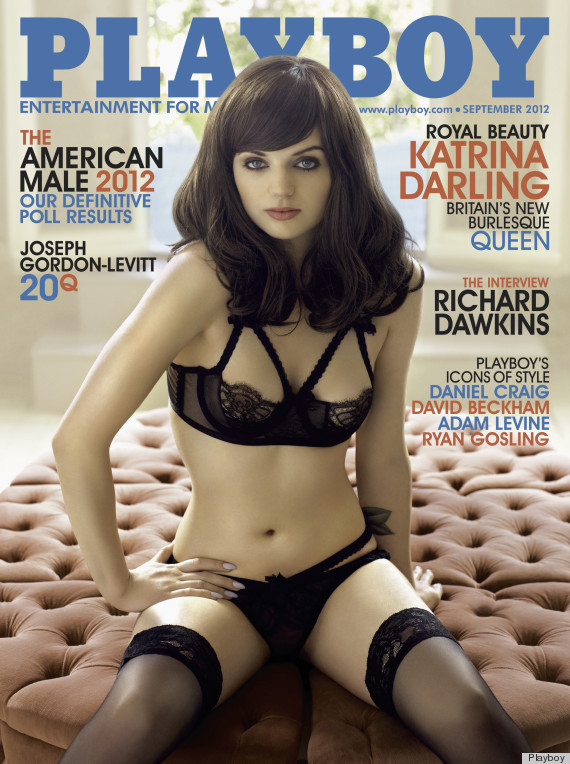 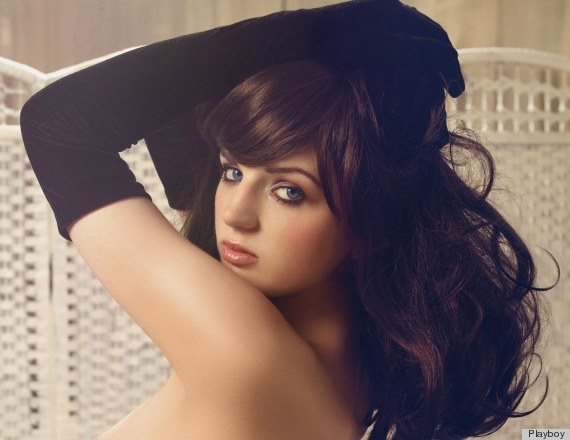 See Katrina Darling performing her "God Save The Queen" act: