After researching del Mar and spending time with her, I'm confident about two things: 1) she's intimidatingly bad-ass, and 2) she's remarkably talented. In a career spanning two decades her work has garnered international praise and acclaim, with comparisons to artists as eclectic as Henry Darger, Hans Holbein, Kenneth Anger, Russ Meyer and Catherine Opie. She has enjoyed invitations to show her premillennial live work in Copenhagen, her surf film at the Museum of Contemporary Art in Bordeaux and her celebrated Girl Gang trilogy of films in places as far-flung as London, Berlin, Sydney and Reykjavík.

This year the Girl Gang trilogy screened at the Provincetown Film Festival under the auspices of an NEA grant, and at the MoMA PS1 Dome in Rockaway Beach. Her most recent solo exhibit, Girls Girls Girls, at downtown Manhattan's preeminent art lab, Participant Inc. made New York's cynical art world rave over work, which felt fresh and new. She's currently transforming the Girl Gang series into novels. Watch out, world. 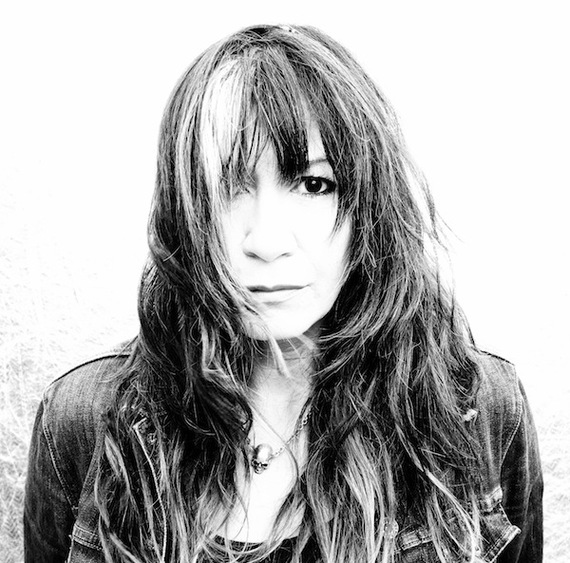 Phillip M. Miner: You grew up in New Jersey and Wisconsin. How was growing up queer for you?

Katrina del Mar: Where I'm from, both the place and the time, nobody was gay. I liked girls since I was really tiny. I fell in love with my best friend at 14. We had a love affair that lasted a few years. It was amazing, it was beautiful, it was true love and it was also utter torture. We both had boyfriends to keep up appearances. I was trying to be straight. Awful. I feel I'm still growing up as a queer; it's a never-ending adventure over here.

Miner: How did that experience inform your art?

del Mar: There's this explosion that happens where I want to create imagery that I didn't see when I was growing up, imagery I was deprived of. I remember seeing Joan Jett on MTV, and she wasn't changing the gender of the lyrics in "Crimson and Clover." And the way she looked! That planted a big seed with me; it informed my aesthetic. She was a rock 'n' roll girl. When I saw that video, I was like, "Holy shit! I'm not alone."

Miner: So media was influential for you?

del Mar: I love fashion and style. I dress like a dirtbag, like a teenage skater boy, but I love style. Growing up I used to sink into magazines. I was the gay girl who was reading Vogue magazine, Interview, Paper. They showed me what was out there. There was a book that came out that was about [Warhol's] Factory. It was about Edie Sedgwick. I looked at it with my little gay friend, John. He and I were "the only gays in the village," totally closeted still. So young. We decided. "We have to go to New York. This life is possible there." I wanted to be where the sex, art, drugs, and rock 'n' roll were. Now I'm living the life I wanted.

Miner: Your love of style definitely comes across in your work. Your films remind me of Kenneth Anger.

del Mar: Thank you. I read about his films before I saw them and was totally mesmerized by the titles. When I saw his films a couple years after I started making mine, I totally got it. There's this fetishization. The super-closeups. That's exactly what I do in my films. His boys are playing with lighters and belt buckles, and my girls are getting ready, putting on their makeup. Eroticizing and fetishizing ritual are common themes in my work. I grew up Catholic and became a half-assed Wiccan, so I've always loved ritual.

Miner: Your work uses ritual as a method of transformation into archetypes.

del Mar: In creating my feminist pantheon, I explore the hyperfeminine and the hypermasculine, borrowing from both to fuck with gender stereotypes. We have such strong archetypes in the United States: Barbie and the Marlboro Man. I take from that and what real women present to make this new authentic iconography.

Miner: Speaking of the in-between, people seem to react strongest to the female warrior archetype you frequently put into your work. Why do you think that theme isn't more common in popular culture?

del Mar: We live in a patriarchy. It's real. The people in control don't want to lose their power. When there is the threat of female violence, it is very scary and subversive. It's a terrifying idea that 51 percent of the population could stand up and say, "Fuck no. We're taking our power. Until we get equal power, you're not getting access to our pussies. We're gong to cut your dick off in your sleep. We're going to kill your children." Or whatever it is men are afraid of. [Laughs.] Women have been portrayed as sweet and safe and nurturing to maintain the status quo, this inequality. In popular culture, warrior women are always portrayed as an oddity, something dangerous that needs to be stopped.

Miner: How does your work use female archetypes differently?

del Mar: My work is the opposite of misogyny. Going back to media. I used to read fantasy books in high school. I was drawn to them because they create worlds with different rules. As a queer person, I grew up to reject the religious ideas that were shoved down my throat. There's no place for me in that mythology. So I'm using my work to create a new feminist pantheon of modern mythology. I create films with a reality I want to see and the reality I'm living. I came to New York, and it's fabulous. There is this smart, funny, diverse vibrancy. There are queer women and fun parties and great art being made. We're having a blast. This is real, and I want more, so I'm putting it out there. I create worlds where women aren't afterthoughts. They are the vital protagonists. In fact. I'm writing a novel now, based on my film Gang Girls 2000. It's my first novel, so the experience is harrowing. I have this bizarre incongruity in my levels of confidence: I'm either quite sure, in a completely grandiose way, that I can just muddle my way through and figure out anything and be fantastic at it, when in the next instant or hour I'm completely terrified, nearly paralyzed by fear, convinced that it's all shit and I should just be taken out and shot by a firing squad with a jaunty cigarette dangling from my lips, tears streaming down. "I'm sorry I let you down." Anyway, I feel it's important to do something every day that you're afraid of. 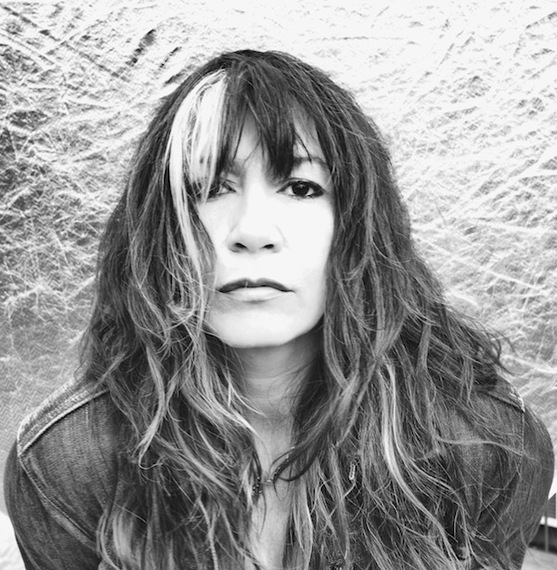 Miner: We're talking wildest dreams here: What impact would you like this new mythology to make?

del Mar: My wildest dreams? I'd like my work to inspire a feminist and queer revolution to ripple outward to free people from oppression everywhere. And what else, Miss America? World peace, darling. You know, New York City is a bit of a queer ghetto. Most of us here are educated and rich, but in other parts of the world, discussions about gender and sexuality can't even happen. I have had a lifetime of heterosexual imagery rammed into my brain, and a lifetime of heteronormative values crammed into my psyche. It will take a lifetime to correct this gross imbalance. I must say I feel I still have yet to make the works that will make me most proud. I'm so excited to see what's coming. I had a solo show at Participant Inc. earlier this year, and I got the best feedback. Over and over, people came up to me saying they felt they hadn't seen this kind of work before, that the work made them feel not only empowered and refreshed, but joyful. That made me very happy. 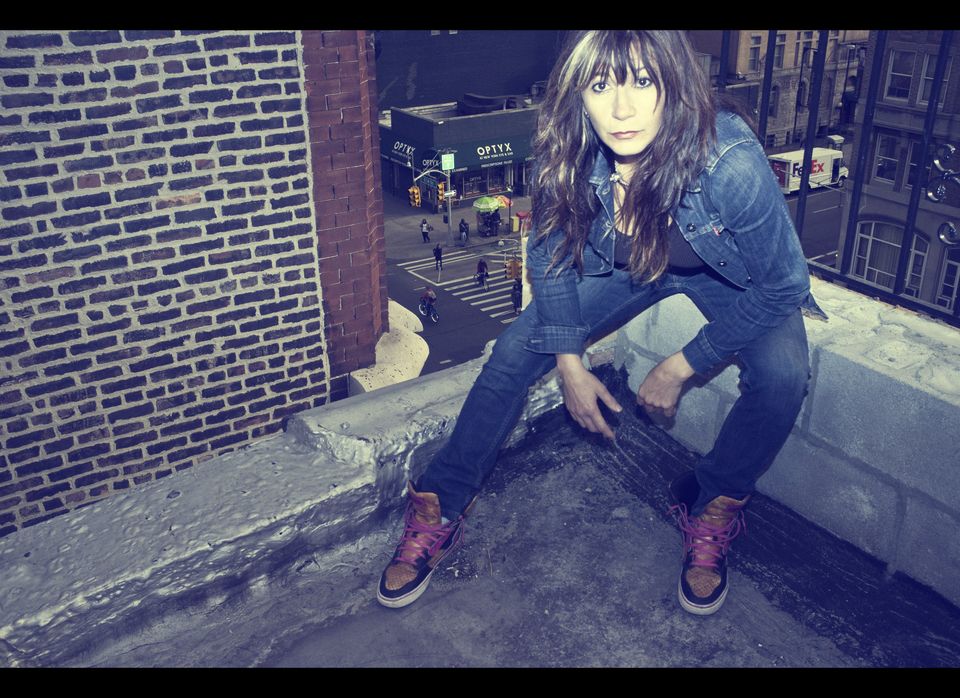