In a mock TV news bulletin, the “Hot and Cold” singer shines a spotlight on the devastating effects extreme weather patterns are having on millions of children around the world.

"As a California Girl, I’m not the only one experiencing drought," the superstar says.

Wearing a red suit reminiscent of "Anchor Man" character Ron Burgundy, the songstress takes viewers on a 60-second global tour, beginning in the Philippines, where tropical cyclone patterns have wreaked havoc on the region.

From there she goes to Bangladesh, where flooding has left millions of children and families without homes.

In East Africa, mosquito-borne malaria continues to spread while an astounding 800 children die by the disease every day, she notes.

"And the forecast is: conditions will worsen,” Perry somberly concludes.

“Let’s encourage our world leaders to take this issue seriously,” she said in a release accompanying the video. “Share your story on how you are helping reduce climate change with the hashtag #FightUnfair. Together we can help change the forecast for millions of children.”

The report's jarring findings are among UNICEF's latest report on climate change, released in November.

The video’s release on Sunday comes as world leaders convene in Paris at COP 21, the 21st session of the Conference of the Parties. There, more than 190 nations have gathered to discuss a potential new global agreement on climate change.

The "Dark Horse" singer was appointed ambassador to UNICEF in 2013. That same year, she traveled to Madagascar where she spent time teaching and playing with children attending UNICEF programs at the Ilaiko Child Protection Centre. 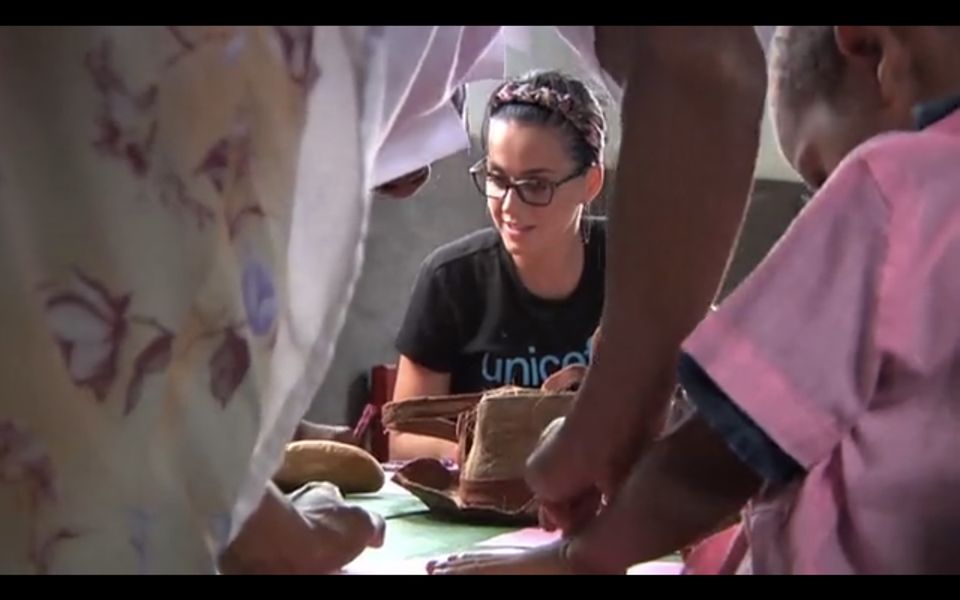 1 / 5
The "Dark Horse" singer is seen working with children attending Unicef programs in Madagascar back in 2013.
Unicef

1 / 19
&ldquo;Climate change is real. In order to alter this reality, we need all hands on deck. Cleaner, more sustainable energy is possible and can transform our lives, our economies and our planet. We must make living in harmony with the Earth a priority. This is our home ... the only one we have!&rdquo; --<strong>&nbsp;Gisele B&uuml;ndchen, model and United Nations Environment Program&nbsp;goodwill ambassador</strong>
Braschler/Fischer / AUGUST